South of Amarillo the terrain rolls and affords distant views of the plains. Out of nowhere a small canyon appears and before you know it the canyon opens up for miles. 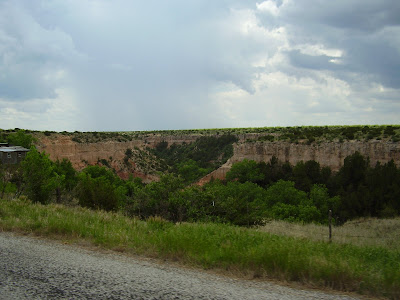 The first hint that there is a canyon at all. 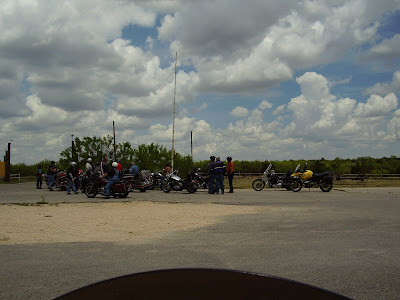 We pulled in at the entrance to the State Park and took a break before entering. A large group of riders where grouped up heading out of the park. I think they were with the "Christian Motorcycle Riders Club". I have never been fond of riding in even a small group much less a group as big as this. Riding in a group is O.K. as long as people spread way out. I've had friends pile up due to a impulsive quick move of anoher rider. 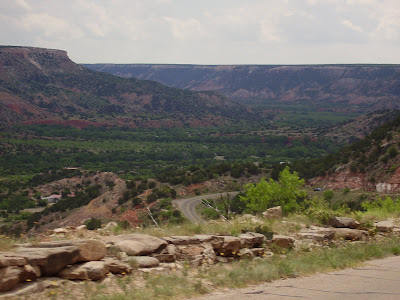 After entering the Park this is one of the initial views. Very pretty place with a lot of Red Rock formations. There is a 10 percent grade going in for a few miles. 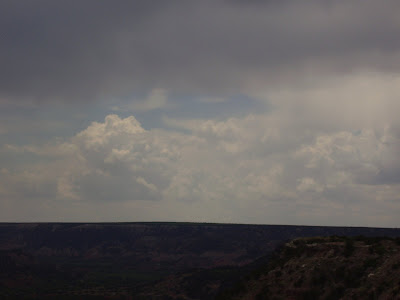 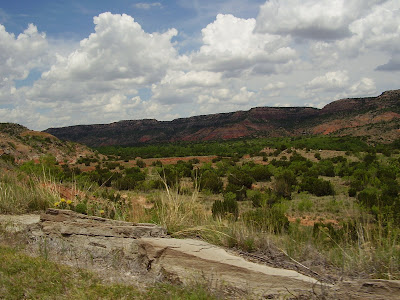 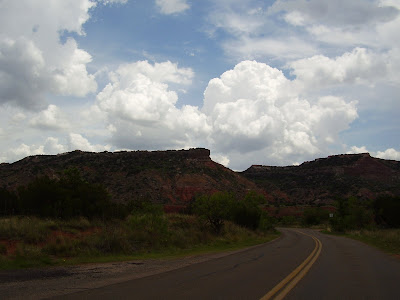 The road wanders in about 18 miles and doe a large loop. The majority of the canyon is only accessable on foot or horse back. We came across a series of "Water Crossings" all dry until I came to this one......... 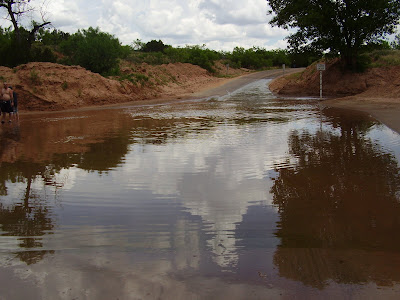 I stopped for a moment and the flood gauge showed basically "0" feet so I went for it. As luck would have it the water was not near "0" but more like a foot or a little less. The exhaust was bubbling going through. 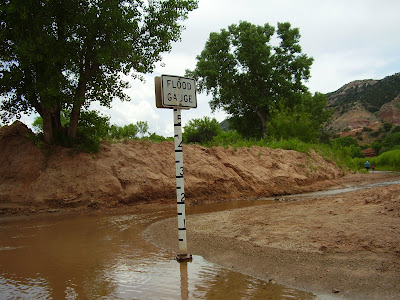 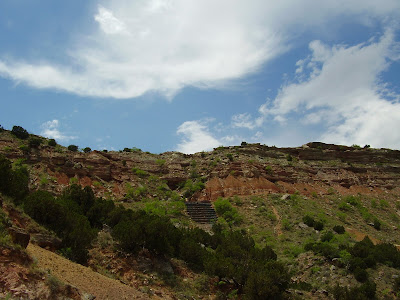 Road going back out of the canyon. 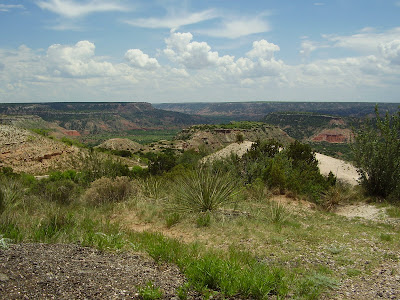 Last view looking back.
Posted by BMW HACKER at 5:27 PM