I attended the annual "Bobs' Motorwerks Solstice Gathering" last weekend. I have attended a few years and camped last time I was there. Had to drive to Great Falls MT. the following day so did not camp this year. 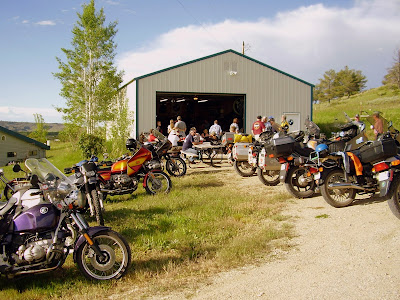 Bob had quite a line up of vintage airheads in the shop. 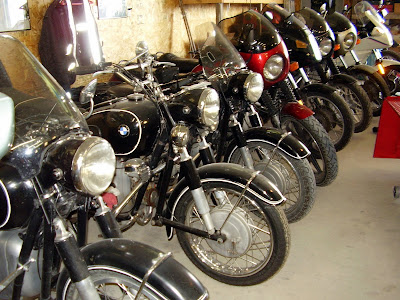 Quite a few older bikes rode in as the day progressed. 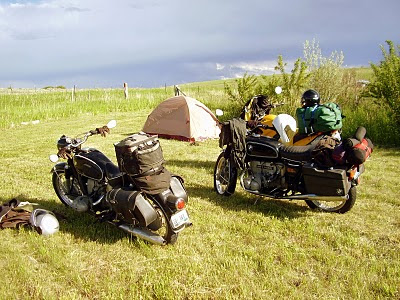 Rex, the "BMW Dog" rode his sidecar rig up. The sidecar used to belong to my brother. 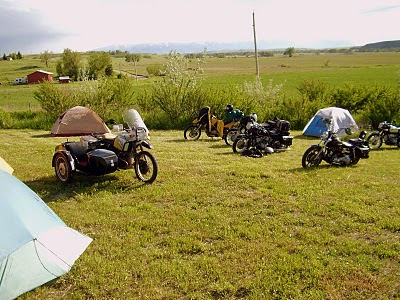 This old Vincent came rolling in off the gravel rode. A very nice original bike. 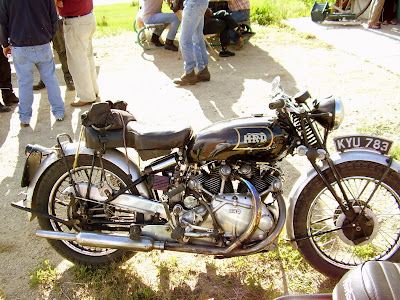 I installed my Heinrich tank on the Rat Rig. Also installed the /2 rear rack. The Lester wheel I purchased showed up missing some parts so I'll have to order some spacers and seals for it before installation. 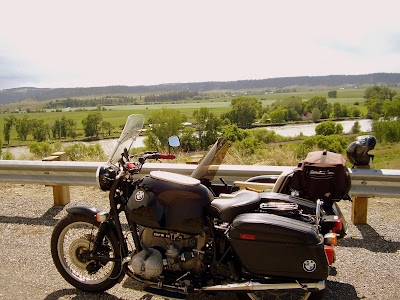 The Yellowstone River is nearly out of its' banks. 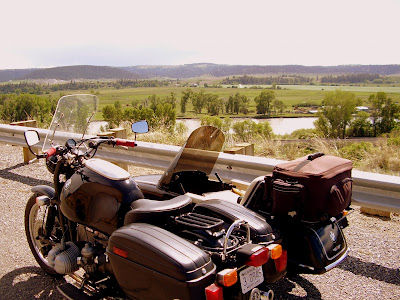 We are currently in Great Falls MT. and will be in the area for the summer. We attended a "Concert in the Park" tonight with my Mother in Law and her brother this evening. I met a young man at the concert who is interested in motorcycles and has only ridden on one once when he was younger. He expressed interest in taking a sidecar ride so we'll see what we can do....
Posted by BMW HACKER at 11:07 PM No comments:

Purchased an after market /2 luggage rack from a fellow over in Turkey. My parts supplier has some similar racks but his were over two times the cost of this one. I think this "Turkish" rack will likely be a poor quality but we'll see....The one I ordered is actually black. I did not want a chrome one. The rack arrived in Montana a couple of days ago. I'll pick it next time through town.
Have wanted to find a pair of "Lester" wheels for the sidecar rig but they normally run over $200.00 apiece + shipping. This one showed up on EBay this morning for $120.00 with a near new tire and free shipping. I bought it as I don't think it would be there for very long at that price. The Lester alloy wheels are a lot better fitted for sidecar usage. I'll hopefully find a matching front one eventually. 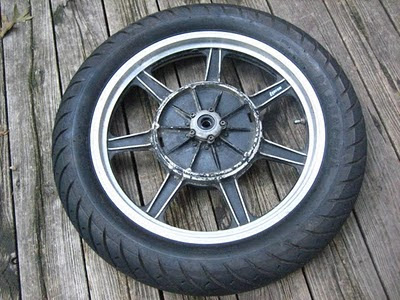