We decided to take a little trip a few weekends ago. We've been over the Beartooth Pass hundreds of times, but never on the sidecar. Ended up a perfect weekend for the ride. We decided to forgo camping this time, instead reserving a cabin in Cooke City MT. We used to camp at Soda Butte Campground in the past but a few years ago a tent camper was killed / consumed by a Grizzly Bear at the Campground...no more tent camping allowed.
We arrived in Red Lodge MT. just in time for the "Festival of Nations" Parade. We became part of the parade for a few minutes. 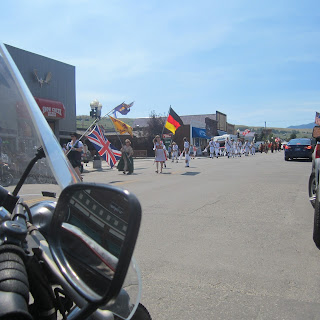 MT. Highway 212 was in pretty good shape, some new sections. LOTS of bikes on the road . 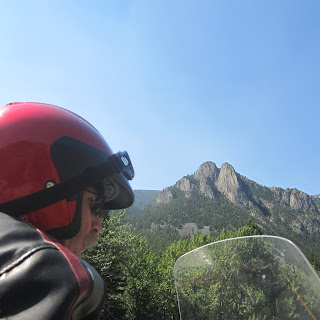 We stopped for a minute at the Vista Point overlook for a few minutes. Talked with some other riders. The sidecar always brings out folks curiosities. 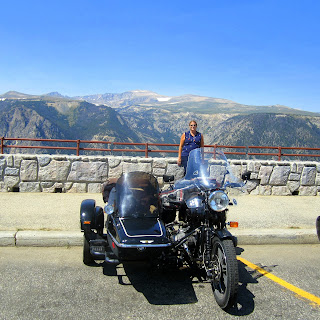 One of the lakes near the summit....I've seen people fishing in some of them over the years. Unfortunately some tourists don't realize most of these small clear lakes freeze solid in the Winter so no fish inhabit them. 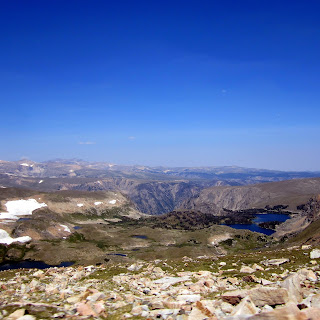 The lower lake in the photo is "Beartooth Lake"...lots of fish there. 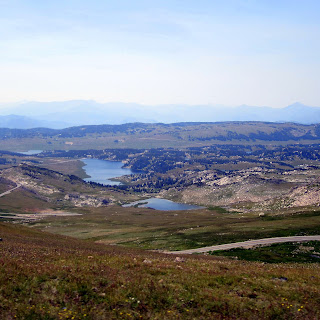 Darian at Beartooth Lake. A couple on a Harley stopped to visit for a while. 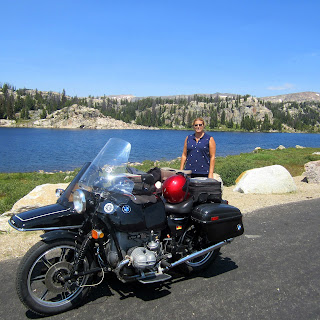 They lived in the virgin Islands....had their bike stored in Michigan or somewhere. He turned 100,000 miles on the Harley the day before. 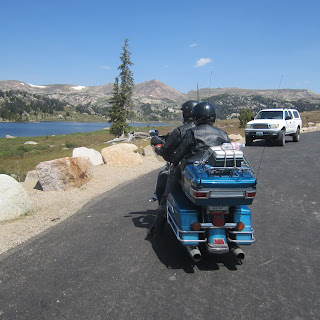 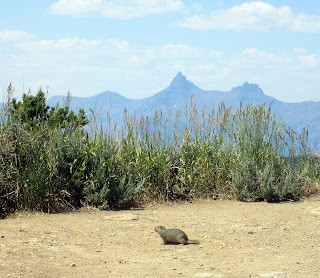 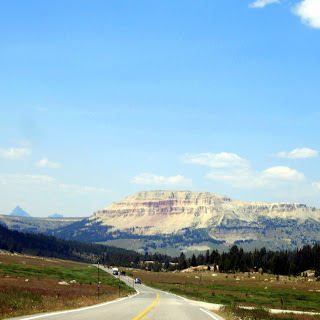 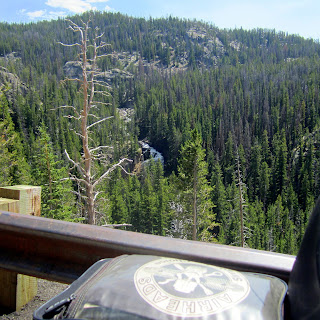 Dropping down into the valley. 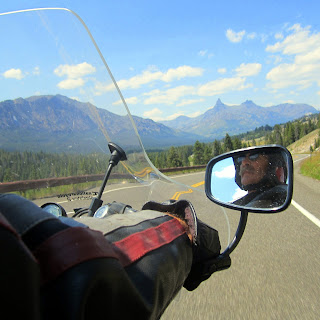 Cooke City Traffic Control.....they were having a street dance so simply threw up two of these signs and took over Highway 212....a local cowboy, dressed in black....beer in had, was the traffic "flagman"... 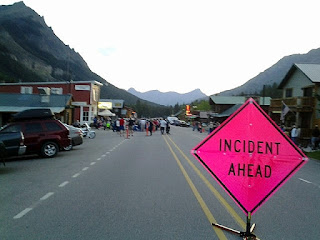 Music went on til all hours of the night. 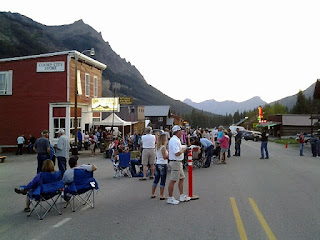 The next morning we headed over to the Chief Joseph / Sunlight Basin Highway for our return trip home. 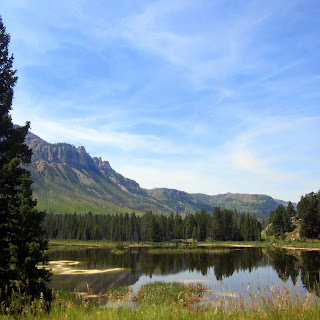 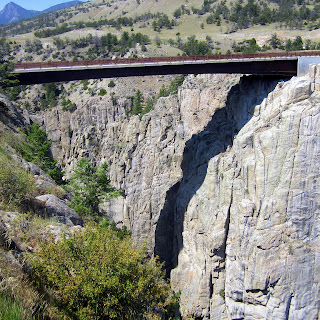 I always keep my eyes on the road. I thought I saw a gun on the pavement shoulder in a "blind" corner....did a u-turn and returned and sure enough there was a Ruger .380 was laying on the road, the detached / loaded clip a few feet away. Being a blind corner I snatched the gun up (first making sure the chamber was clear) and got down the road. At our next stop I looked it over. Minor "road rash" but nothing serious. Many bikes on the road so it likely fell from someones jacket pocket.(?) 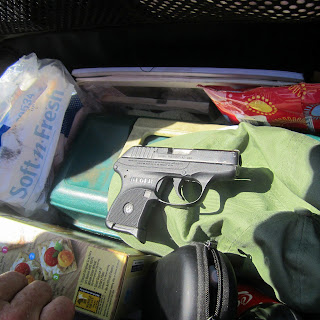 My initial thought...."I got a new gun", never being in the position before....... But then I got to thinking....what if the weapon was stolen....what if it was used in a crime.....what if the owner reports it stolen.....what if...what if...
I'm used to finding tools, misc. other items on the road, but a gun?....that is a totally different thing.
We weren't going into Cody, where the Park County Law Enforcement is located, and of course never saw a cop on the road. I took the gun home with me. Company Business took me back into Wyoming the next day, so I called the Park County Sheriffs Office and turned the gun over to them in Cody Wyoming. Today I received an e-mail from the Sheriff and the rightful owner reported the weapon as lost, and he picked it up at the Sheriffs Office. Hopefully he will be a bit more careful in the future with his gun. (I'm sure he will!)

I have had thoughts about finding something like this in the past, but in reality, finding / keeping a weapon is a violation....and likely a Felony. I've made it to nearly 60 years old without "going astray" with the law...not gonna start now...lol 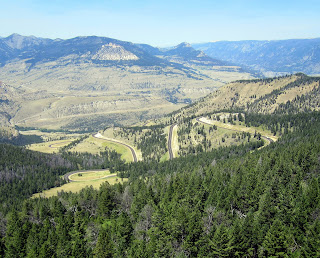 We made it home safe and sound and really enjoyed the 260 mile ride. I went over the same route a few weeks ago on the solo R75/5. I never grow tired of this ride!
Posted by BMW HACKER at 4:54 PM 2 comments: