Appears that Bob @ "Bobs Motorwerkes" has completed the 1974 five speed rebuild. He found that the transmission was a VERY early manufactured unit. Shimming limits were found due to the case design....available shims either left the gear train sloppy...or too tight. Bob called and had a simple solution....double gasket on the rear cover. This will allow the use of available shims and leave enough end play. He said in all the hundreds of transmissions he has rebuilt, he had never ran into this situation. He did not like the "double gasket" solution but short of changing the rear cover, it was the only option he could come up with. I told him to continue with that scenario. Over all the transmission was in very good condition. He changed all springs, and all the bearings showed no wear / issues, so they will be reused.
The 4 speed, which I thought would be an easy rebuild was another matter.... all the bushings were worn out, bearings not much better. Also someone had forced a reassembly in the past and "galled" a shaft....also, the rear output seal was installed backwards. So, the cost of this rebuild will be higher than I hoped. All new bushings, bearings and springs, plus machine work on the galled shaft. But the bottom line is that it will be a reliable unit for the sidecar, and I'm looking forward to tearing down the sidecar this Winter for a refit.
On the slate: Oil pan leak needs to be addressed.....push rod tube/ seal replacement  (seal retainers are loose on tubes, causing leaks) .....change out rear swing arm to a "cush" unit I have....change out transmission......maybe even touch up some of the sidecar frame paint......lol


Didn't get many miles on the BMW's this Summer. My old /5 is suffering from Carb. issues so I bought a pair of newer model (1973/ 74) carbs to rehab this Winter. The early Code /3 /4 Bing Carbs had inherent design issues.

Did have a nice day ride through Yellowstone Park via the Beartooth Highway on the old Gold wing. It performed flawlessly as usual. Took advantage of the 320 mile fuel range. 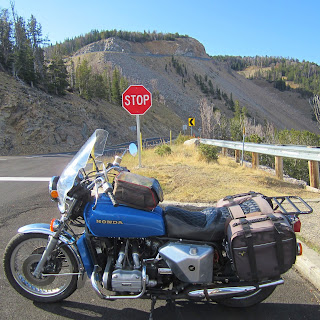 A group of mountain goats at the West Summit of the Beartooth Pass. 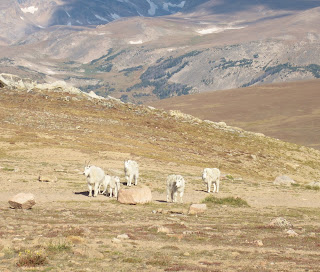 Wonderful weather for most of the day.....but pretty smokey in the lower elevations. 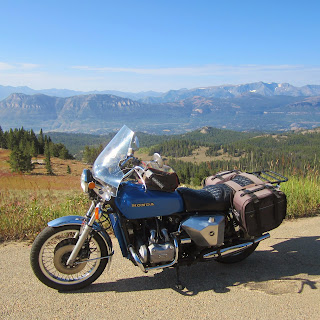 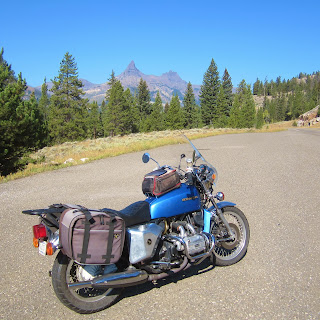 The "Devils Slide" outside Livingston MT. 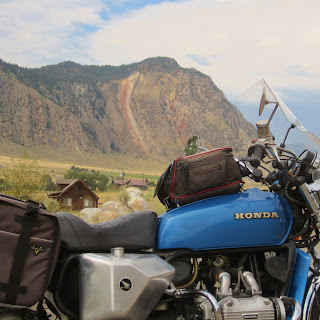 Heading into some rain....waiting it out a bit and got a little wet anyway. 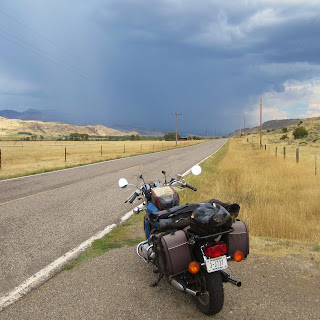