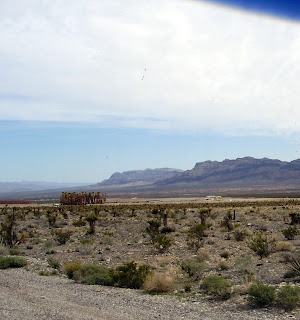 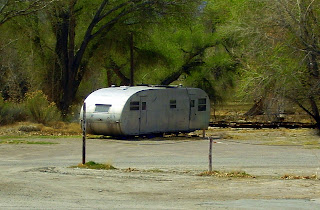 Didn't have any photos of our rig / trailer...now I do. 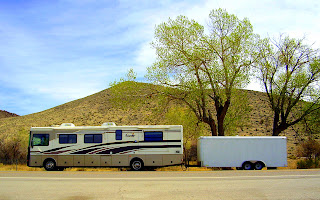 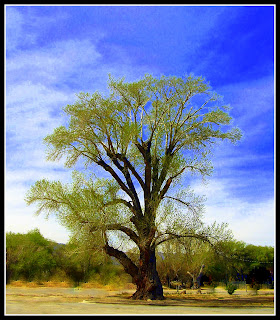 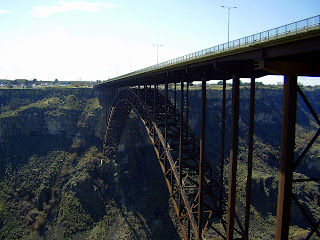 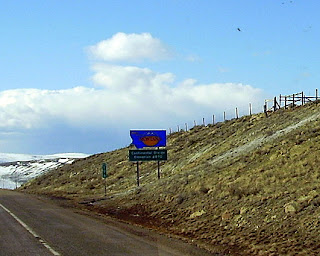 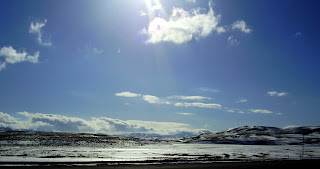 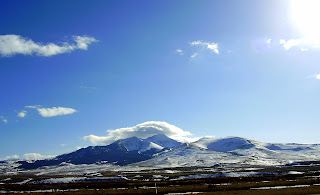 Parked in truck lots on the way north. Last night in an abandoned truck stop south of Dillon.
Livingston, Mt. 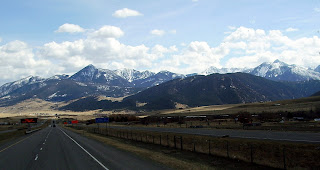 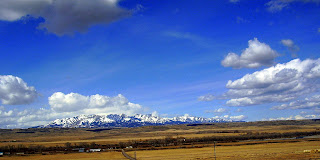 Back to work tomorrw 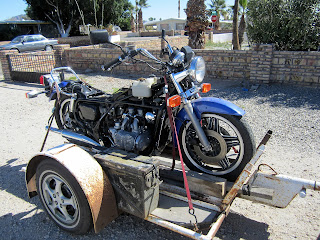 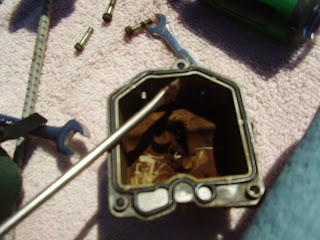 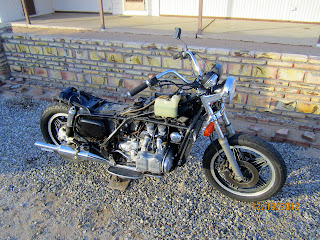 Last summer the Gold Wing developed an exhaust backfire while traveling through Yellowstone Park. The "pop" typically occurs under de-celleration, but occasionally it will "pop" while idling and under a light throttle application. I've been struggling to pin point the problem all winter. 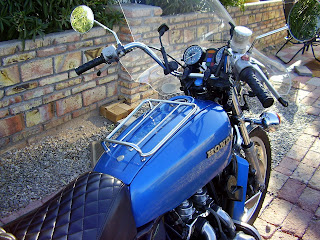 I posted the issue on a Gold Wing forum to the "experts" and have had a multitude of suggestions and remarks. Still haven't been able to figure out the problem. I've been riding the bike regardless of the issue as the bike starts, idles and runs fine. 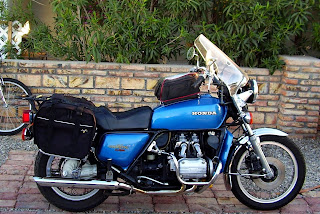 Early on I ran some "Sea Foam" through the fuel and also some "Marvel" oil. This was grasping at straws and didn't seem to make any difference.
A defective "Air Cut Off Valve" was pointed out as a culprit so I removed / checked it. Couldn't physically see anything wrong there. I went ahead and ordered a new rebuild kit last night even though I don't think it needs it.

I also replaced the right side copper exhaust seals. The "pop" comes from the right exhaust so at recommendations I replaced them. The old ones seemed OK, although one of them seats a little crooked due to the after market header configuration. But it does seal thoroughly, it appears.
I also went in and checked / adjusted the exhaust valve clearances on the right side. They were dead on for adjustment.
I removed the spark plugs and they looked good...went ahead and replaced them with a new set anyway, but no difference noted.
Played with the idle mixture screws for best idle. Didn't change a thing there.
Bought a decent compression testing set and performed a compression test on each cylinder, the PSI readings were in the 140 - 145 psi range.
So I am still at a loss to what is causing this problem. Something is definately out of whack but I'll be damned if I can figure it out.
I'll replace the Air Cut Off Assembly when I receive it, but I'm doubtful that it will fix the issue.
I've received about a couple dozen different opinions from different Gold Wing owners but none of them have helped diagnose the problem.
Onward through the fog.....