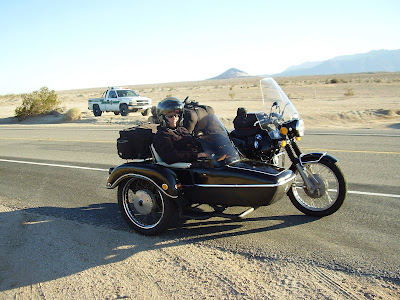 It's that time of year and the 13Th annual First / Last Chance Rendezvous again rolls around. According to Kelly P., the co-host / founder we have attended each and every one since its' conception. ( I think we missed the very first one) We took an extra day to make it a four day / three night affair. We took an alternate route which took us through Calexico Ca. / Mexicali Mexico. This road runs parallel to the Mexico border for many miles. This photo shows a Border Patrol vehicle with a "Tire Drag" which obliterates foot prints and tracks so they can more easily track the numerous illegal visitors coming into our country for a visit. About 500 yards towards those mountains in the background and you are in Mexico. Looks like they "Drag" the roadside every day as they were at it again when we passed through going home. We saw dozens of Border Patrol units on our way over and had to go through 3 different check points. They are always on the lookout for illegal people, drugs and whatever. Only one had a sniffer dog. Had a nice ride over (70 degrees) and arrived just in time to set up before dark. We packed everything imaginable with us including the portable bar for the annual A.M. Bloody Mary Breakfast. 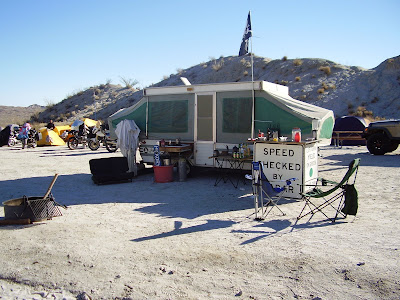 Kevin / Scott set up their new condo and featured an "alternate" Condo Bar. Had a few kegs of home brew and every legal intoxicant known to mankind. I think there were also a few unknown to mankind. The Condo is well equipped to handle any sort of situation or need which may arise. We were invited a day early and arrived to find about two dozen additional folks who just decided to show up. so much for early arrival / choice camping spot. It didn't matter as there is plenty of room and sites were plentiful. 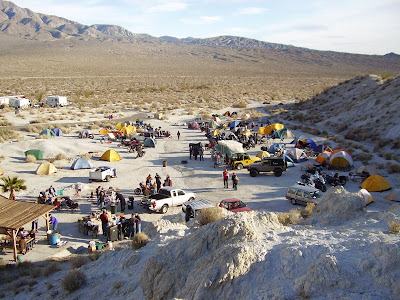 This is a view of the site from a vantage point early Saturday morning. Our tent is the orange one in the lower right corner. Must have had around a 100 people come and go over the weekend. The food was as good as ever and more was prepared than we could possibly eat. We were served three meals per day and all the beverages you could take. 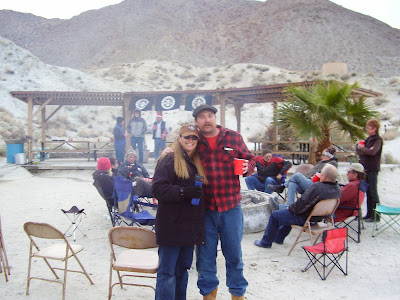 Darian and Scott. Scott has been invited to St. Johns (in the Caribbean) for a month of part time artist work. The lucky dog. He is a very talented Glass Blower. (Blacksheepglass.com) This photo was taken Saturday afternoon , it was a bit breezy and a few clouds were present. All in all the weather was great. Rain was reported within a few miles but as always, it never reached our area. The boys provided enough firewood for a few more days so a large effort was made on Saturday night to burn it all up. It was ROARING all evening..........