Spent the majority of the day performing my least favorite task....wiring.
I've found that it takes a certain state of mind to perform wiring on motorcycles.I didn't photo anything while wiring....had quite a mess of things going on....I do not like "crimp" connectors, so opted to solder everything. Now,there are a few "crimp" connectors on the bike (due to laziness) but the majority of connections are soldered.

Since I initially installed the wiring harness on this bike I know it quite well.....then I added the "Acewell" speedo / computer assembly, the "Stiebel" Air horn, an accessory / USB plug in the sidecar, plus the sidecar wiring, So.....I have quite a monstrosity of wiring going on......adding more?....argggg. 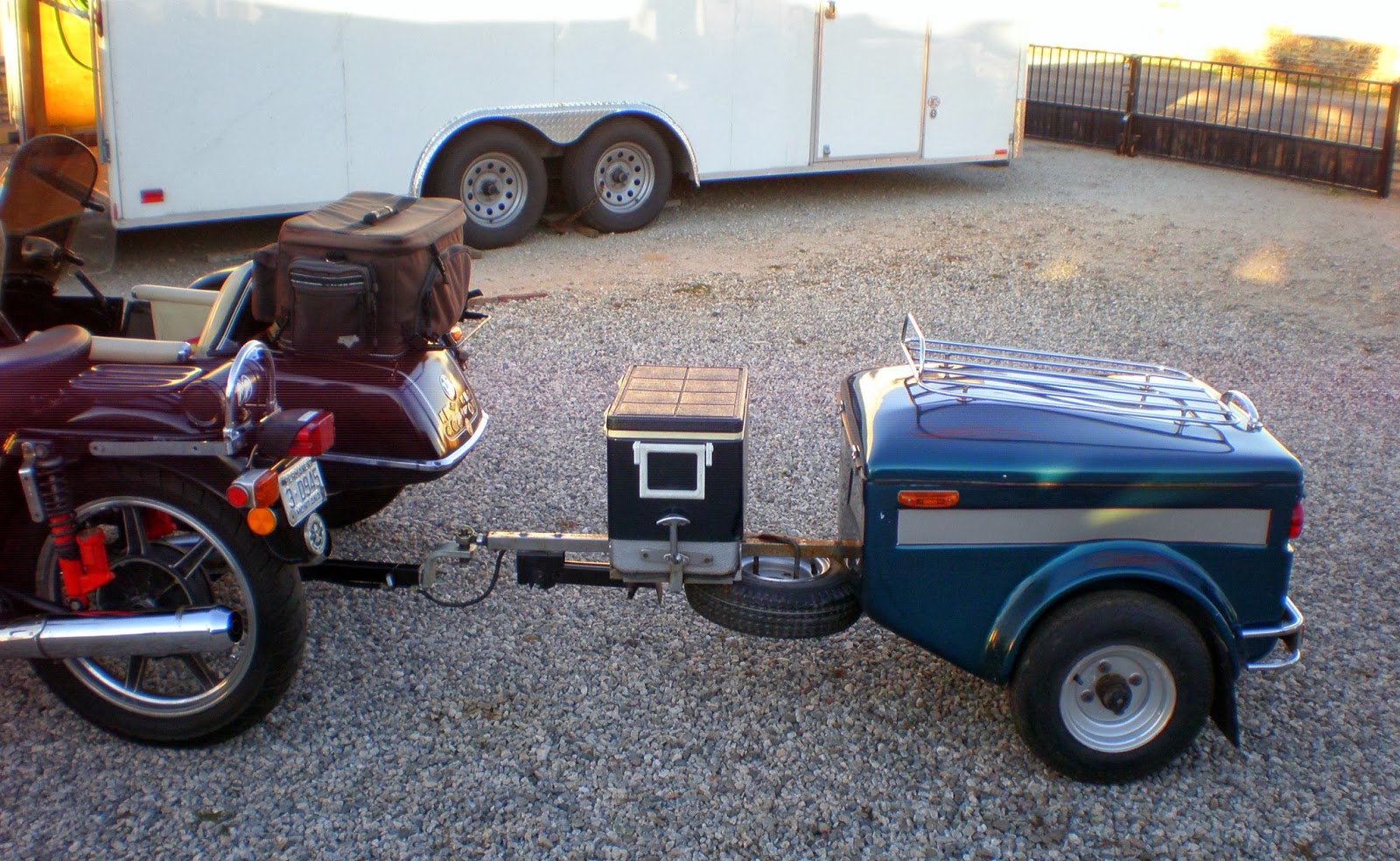 I started identifying the trailer wiring by hooking into the motorcycles system, but right away crossed up something and blew a fuse......spent 1/2 hour attempting to find my Euro fuse supply, which I finally did..... Decided to hook a separate battery up to "proof" the trailers wiring system. Removed the battery from my "new" /5 to perform that task. 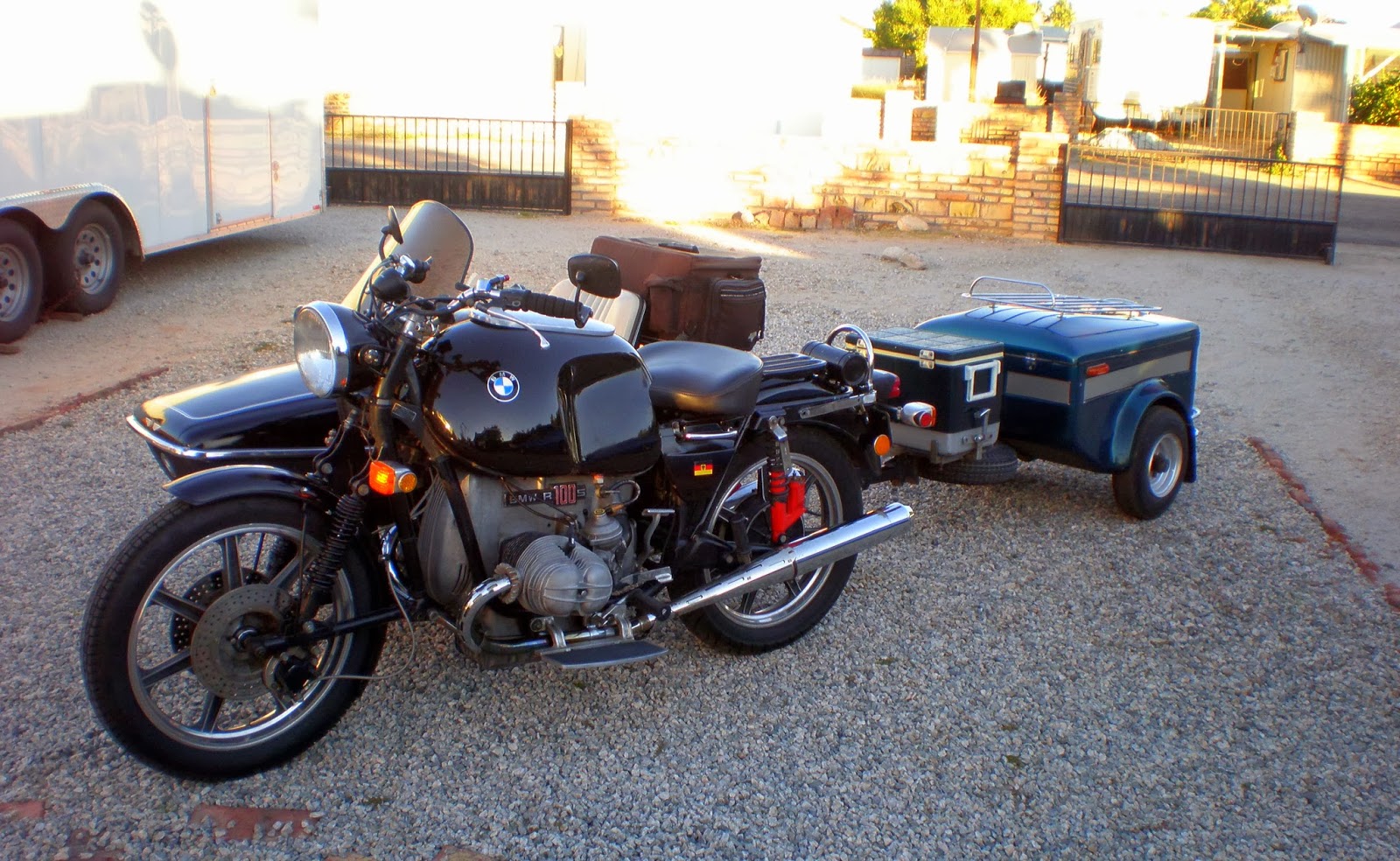 I removed the motorcycle saddle bags to gain easier access to the wiring leads I needed to access. Plus The saddle bags need to come off to install the "new" shock absorbers I have coming my way. I see that the right "Marzocchi" shock was leaking oil, just as I figured since the damping effect disappeared a while back.
They are rebuildable, so it will go on EBay to someone willing to rebuild it. 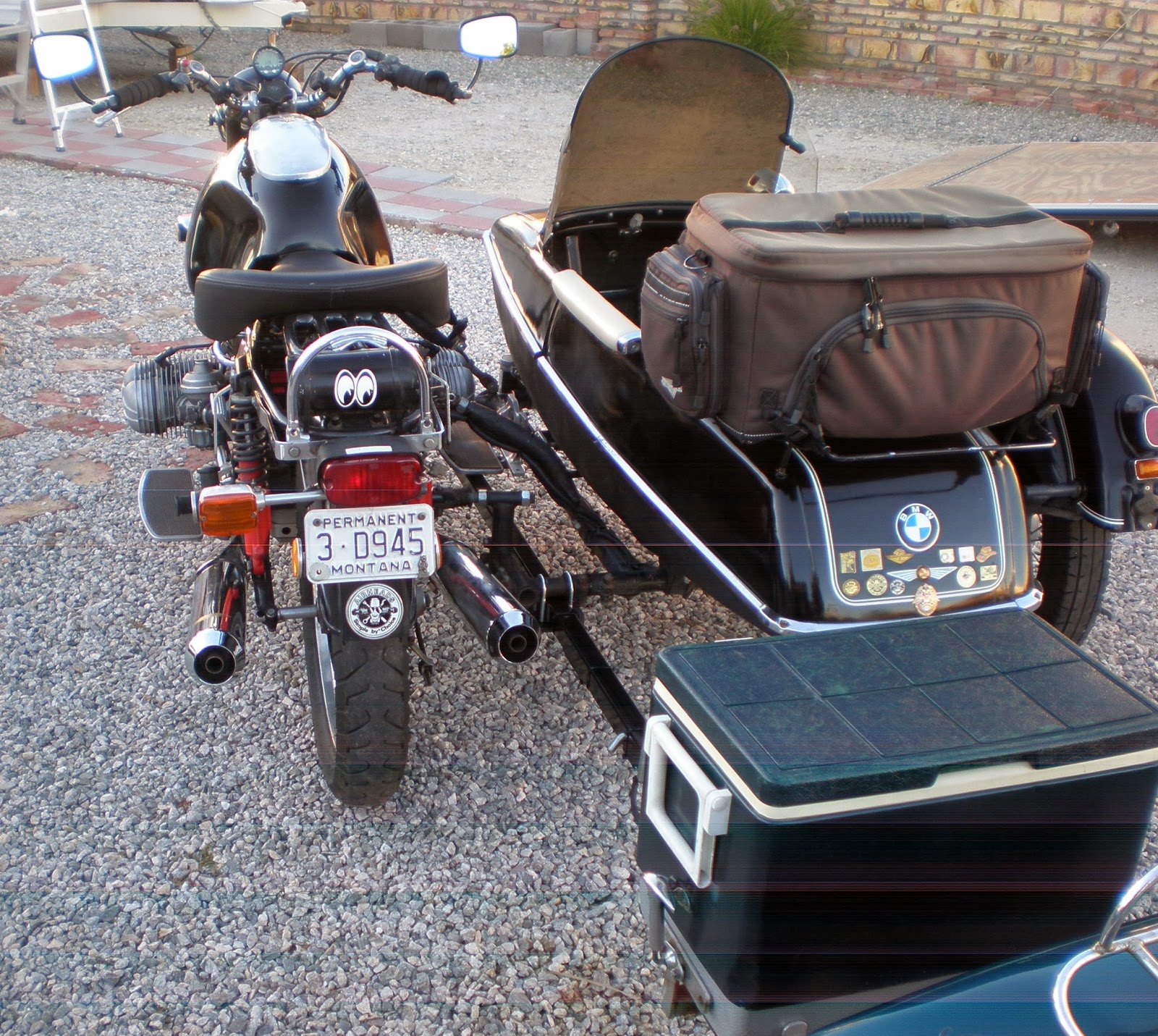 The wiring itself wasn't difficult at all....running the wiring in a sanitary way was tougher....plus I've tapped so many wires into the tail light junctions, room was sparse. I ended up soldering all connections, then "heat shrinking" them for insulation. One attachment point (tail light) in the tail light housing had 5 different wires coming in, so I "gang soldered" them with a single lead coming out to attach to the tail light connection point.
I truly hope that no one else ever needs to figure out my wiring on this bike....I know what everything is and does...but .....God help someone else...LOL.
The "4 pin" connector I used requires crossing the signal lights into the brake light system....this simply will not work without running a separate wire for the brake lights. Rather than going through that, I opted to use the signal light connections to power the brake lights. This means I'll have no signal lights on the trailer, but the signals are readily visible on the bike as the trailer is attached. I'm thinking I'd rather have multiple brake lights rather than the option of no trailer brake lights. As it sits now, I have 6 brake lights, counting the lights on the saddle bags. The side markers and a rear center marker on the trailer are "LED" lights so I left them functional since their currant draw is minimal. There are 4 conventional rear marker lights on the trailers rear bumper....I opted to disconnect them to lower draw on the system. 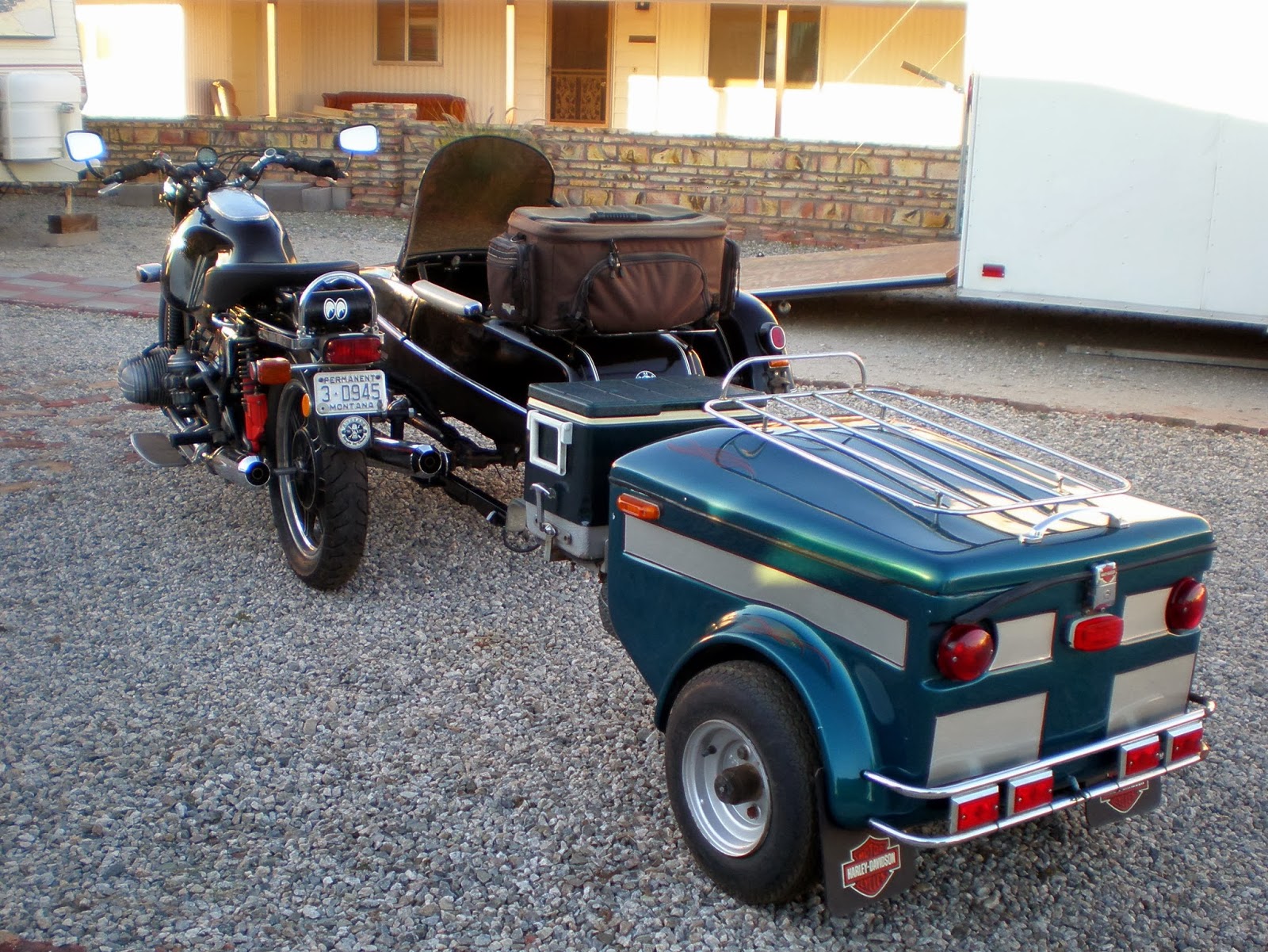 I made a quick run to the local Market for supplies with the trailer attached....in an unloaded condition, I could not really tell it was back there.
Tomorrow, I'll load a pile of camping gear into the trailer, force the "Navigator" into her position and we'll begin our "road tests".
Posted by BMW HACKER at 6:42 PM

Call me weird but I like wiring. It's generally pretty straight forward and relaxing, especially if there's soldering involved.

I don't like the solder less connectors but I do use them. Recently, the Posi-lock connectors are becoming more common and these seem reliable enough to use on a regular basis.

My favorite part of wiring is when it's done...lol.
Problem is that a few years later I have to rethink the process to remember what I did...I've always been proud of myself though as I've never been defeated by any wiring issues....(knock on wood...lol)