A few weeks ago I had some free time so took a little loop up around Square Butte to Geraldine.
A beautiful day for a ride. Just below where the photo below was taken the paved road turns to gravel for a short distance. Known as "Arrow Creek Hill" this area has numerous land slides. The night before an elderly gentleman lost control of his car and hit a big bus full of High School students head on. There was a fatality in the car. The bus passengers faired better. in fact the bus was behind me a few hundred yards when I took this photo. Looks like they drove the bus there. 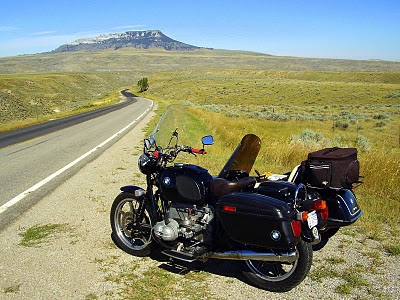 Went over to Geraldine then over to Fort Benton. took a little break along the Missouri River. 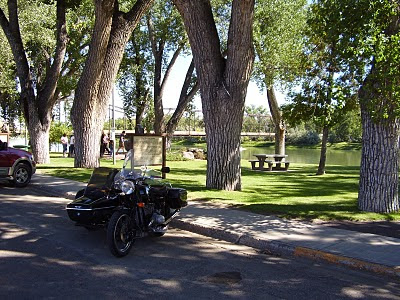 Rather than destroy this bridge they turned it into a foot bridge. 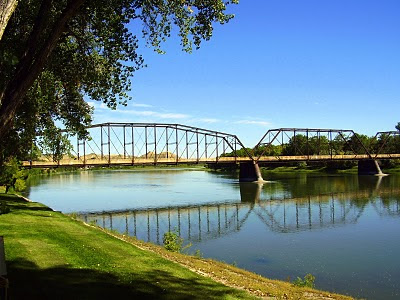 "Sheps" master died and was hauled away on a train. Shep spent many years waiting at the depot for his return. He finally got clobbered by a train, ending his vigil. 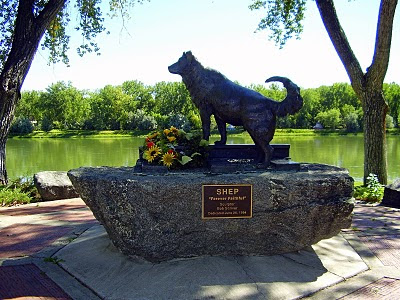 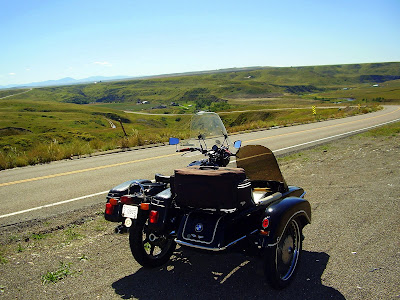