Some Fine Tuning for the R100S / Sidecar

Over the past few trips I was able to calibrate the Acewell Computer. Finally got the MPH setting real close by watching mile post markers for a few hundred miles. The initial setting is based on wheel / tire diameter but I found it was reading slow. By getting the odometer set properly that will in turn set the speedometer where it should be.
Really like all the multiple functions / options of this unit. 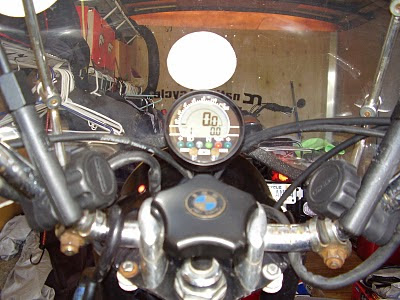 Spent some time the past couple days working out problems with the R100S tug. 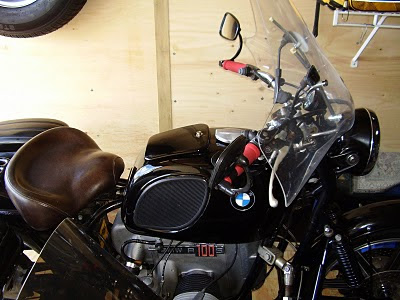 Received an over size 90/120-18 tire with a Lester Wheel I had purchased. Mounted it up on the rear but had to grind off a small amount of rubber on the ridge to clear the swing arm. It was rubbing there as mounted. The Lester Wheels were money well spent. 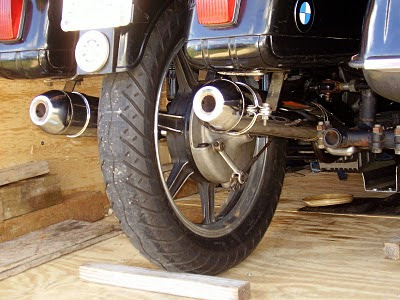 Both valve covers had seemingly unstoppable leaks. They both must be warped. Finally ended up using two gaskets on each head which stopped the leaks in their tracks. 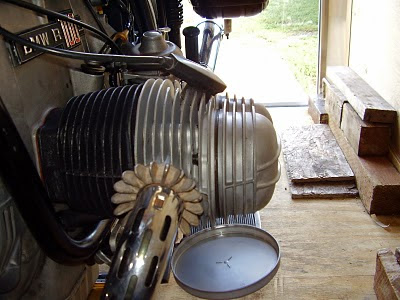 I had rebuild kits for the 40MM Bing Carbs so tore them down and replaced all gaskets, seals, diaphragms, etc. Found two bad choke assembly gaskets and the diaphragms were paper thin but not punctured. I saved the old ones for spares. 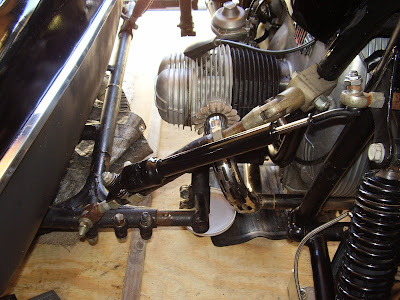 The headlamp interior was dirty and dusty from its' life sitting in the desert. I pulled the assembly apart and cleaned everything up. Much brighter now. 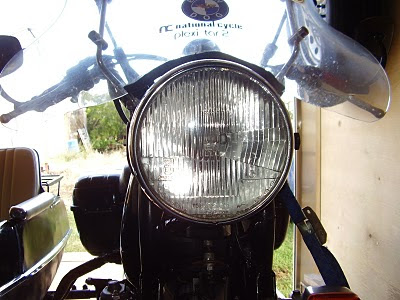 The bike was experiencing a low speed wobble again so I pulled the triple tree top off and found the steering head bearing lock nut had loosened itself up. Retightened and then dug into the friction damper I had installed. Found that the rubbing area for the friction damper sat right on a weld so had minimal contact area. Added in a large washer which changes the contact area to a larger surface and avoids any contact with the welds. This should take care of the issue. 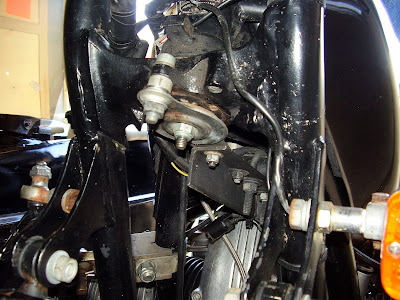 I installed this MAC large oil pan a few weeks ago. Double checked the bolts...have a small leak at the drain plug for some reason. 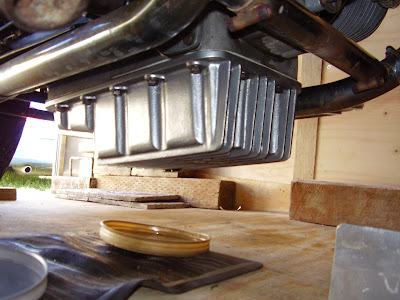 I dug out the "Twin Max" carb synchronizer I purchased two years ago and finally figured out how to use it. After some trial and error I got both BMW's carbs synchronized. The Twin Max is very sensitive and I was surprised how fine the tuning scenario is on the Bings. Both bikes are now running as they should. 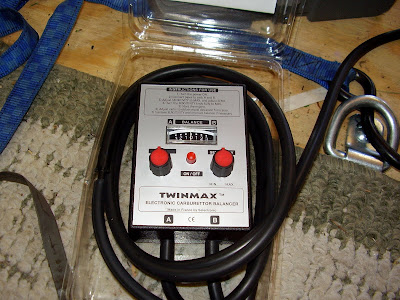 I found that the ignition points were mis-aligned. I changed out with a new set, replaced the spark plugs with new, set at a proper gap. Rigged up my timing light and set timing as specified.

I've had to reset the valve clearance multiple times on the right cylinder for some reason. Don't know if the machine shop screwed it up or what. I'll have to moniter that as we run up some more miles.
Posted by BMW HACKER at 10:30 AM