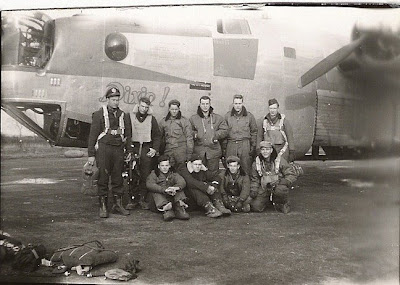 My Father, J. Wm. Smith, has kept in touch with Co-Pilot Wes Vawter since the war. They lost track of all the other crewmen over the years. I imagine after surviving the war most of the veterans were happy to forget the things they witnessed , ready to put it behind them and go about their lives. My father never talked about his War experiences as long as I can remember while growing up. Upon gaining computer literacy (to a point) a few years ago I discovered some 8th Air Force Web sites which spurred me to begin asking Dad, then in his late 80's , questions about those experiences so many years ago. He opened up and told me many stories of those months in England. I was fascinated and was able to post a few photos and some of his experiences on a Web site. I later started my own Web Blog and had a couple of posts about the 466th Bomb Group. Finding these photos posted here, I was able to get Wesley Vawter to name all the guys in the photo. Dad had forgotten a few of the names but Wes had them written down.

Low and behold the son of one of Dads' Crew Mates saw my site and contacted me to let me know that another Crewman, Corodon (Buzz) Norton was alive and well and living in Florida at age 82. I excitedly contacted Dad (now 92) and gave him the news. I then called Mr. Norton and visited with him for 15 minutes or so. He was happy to find that Dad and Wes Vawter were still alive and kicking. Dad and Buzz will be talking soon. I am so happy that this series of events has occurred. Comrades from so many years ago will be reunited, at least over the phone. I hope that this event will not open old wounds. These men relied upon each other to get through those times and were closer than family, in a way. I am sincerely grateful that Mr. Nortons son, Greg, contacted me and helped connect the old pals after all these years. Thanks again Greg. 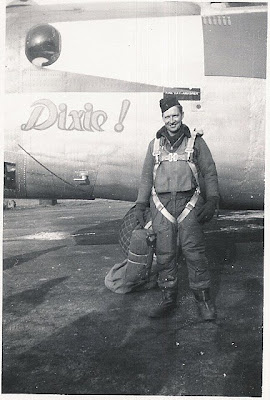 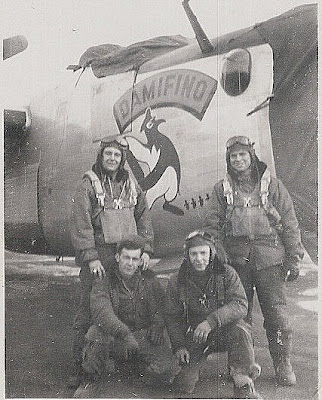 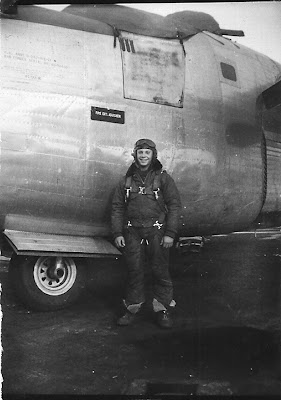 Email ThisBlogThis!Share to TwitterShare to FacebookShare to Pinterest
Labels: Airmen from 466th Crew # 555