I ended up with a spare seat with my last BMW R75/5 purchase, but had no suspension spring or mounting frame.

I've been meaning to fabricate some reproduction QSL seat mounts for many years. I've owned a number of these seats over the years and they are by far my favorite. The seats are fairly rare and I've ran into situations where folks have the seat, but no mounting hardware.
I've seen a couple different styles of seat mounts that QSL used, but they are basically the same. 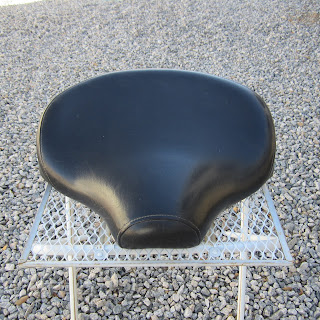 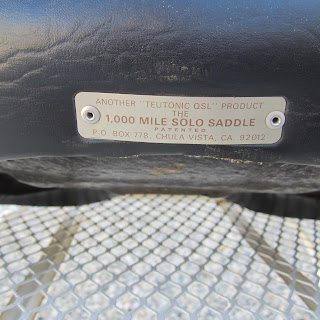 The spring was the hardest item to acquire. I actually talked with a fabricator to build me a couple years ago but the cost would have been prohibitive. Eventually I found that a parts shop had built a few of the springs and offered them for sale. I purchased one, but they supply was very limited and I see they no longer offer them....plus they were expensive. A $100.00 if memory serves me. 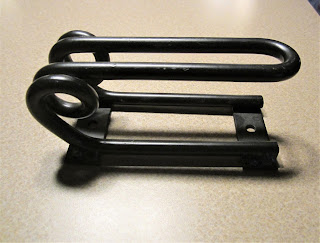 A friend in So. Cal. heard I was going to fabricate a seat frame for myself so asked if I could make him one too.....so I finally decided to go ahead and make up a few. I patterned them from an original seat frame that is on my BMW R75/5. 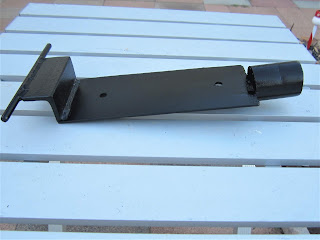 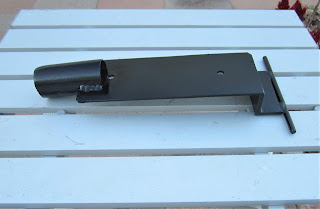 I scrounged up the steel needed at a local scrap yard and cut everything needed under somewhat crude circumstances....I only have a 4" side grinder, but with cutting wheels and a vise / clamps it worked out ok without any injuries to myself....lol
I haven't welded much over the past 40 years and was going to give it a try, but since a few of them would be offered for sale decided against that. Luckily I know a local guy with a welding shop he runs out of his garage....only a couple blocks away. His fees were not cheap, but the quality of his welding is worlds ahead of what I could do.

Below is the OEM mount which is on my /5. 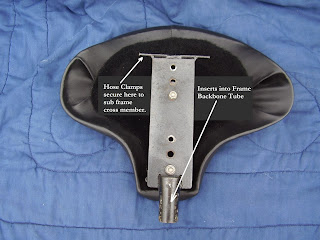 I ended up making 4 of the mounts. One of which went to my CA. friend, one which I will use for my spare seat, and two to sell. If I am successful selling them, and there is anything resembling a demand, I'll maybe make up a few more. I put one on eBay starting at $50.00 with a "Buy It Now" at $80.00. I've listed another for $80.00 on a couple other sites.

Today I fabricated the lower clamp bracket which holds the seat to the spring. Had to cut it out of a plate. Bending the edge tangs was the hardest part as I don't have much of a vise, but got it done. 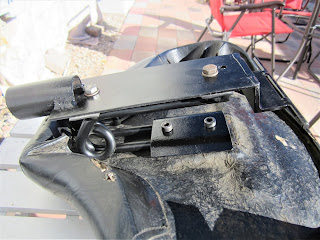 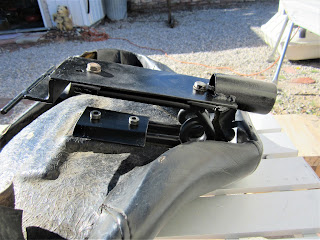 So now I have a complete extra seat. Maybe need to find another bike to mount it on? 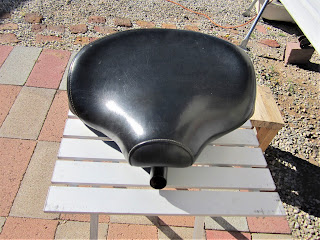