I had planned a motorcycle ride over to visit friends in Oceanside CA. over the weekend but weather forecasts put a "damper" on my plan. 100% chance of rain for Oceanside on Friday afternoon and Saturday morning. Looking out my window Sat. morning, the bright sunshine was too much to take, a ride had to be accomplished! Even though the day was getting shorter I hit the road a bit after 11:00 AM. I had a possible route in mind and pretty much stuck to it.
(left click to enlarge photos) 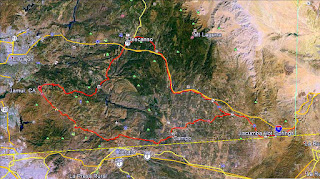 I originally planned on riding my R75/5 BMW, but after checking weather forecasts of 40+ MPH winds, I decided to ride a slightly heavier bike, the GL1000 Gold Wing as it is quite a bit "friendlier" in high winds.
The first 80 miles going over were on the I-8 "slab" to make some time. Passing by El Centro CA. I saw that the annual Air Show was in progress. A group of five planes were performing acrobatics over the Air Station. A couple weeks ago I witnessed four of the Blue Angels practicing in the area: 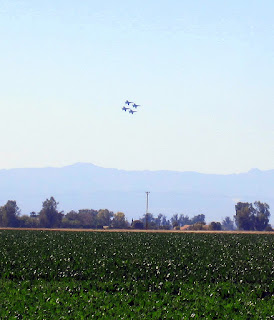 Rising out of the desert north of Octotillo I exited the freeway onto "Old Highway 80". On the way up the grade I see "Radiator Water" barrels along the road. 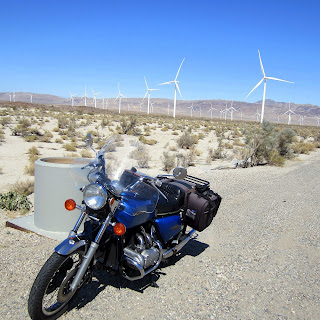 The wind generators were spinning fast as the wind was howling here. 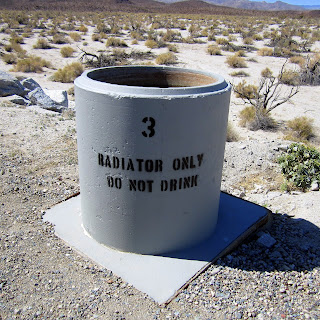 I got off the "super slab" ASAP and headed onto Old highway 80 which would take me to Highway 94.
At the top of the pass, an odd scene. "Wrights UFO Retrieval & Repair" 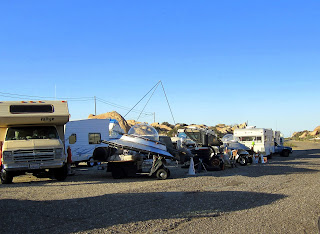 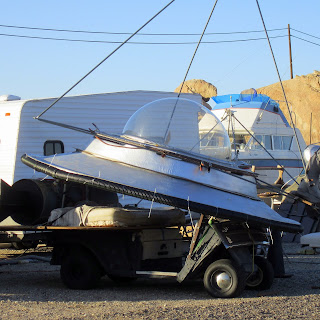 The view into the lower desert from the "Desert Tower" Parking lot. 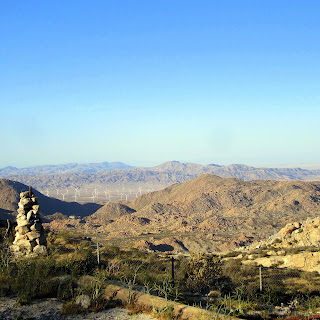 The route follows along the U.S. / Mexico Border for much of the route. The border fence is an outstanding feature along the way. Looks like they missed a piece: 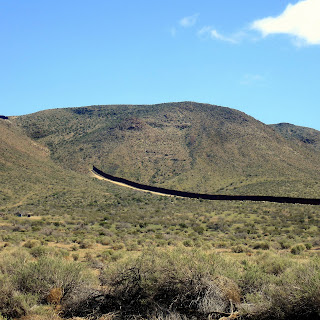 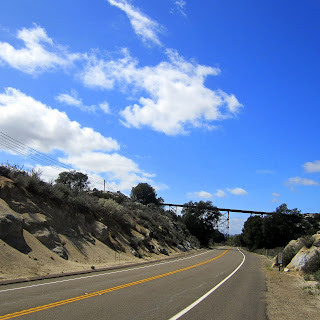 Getting onto "94" I spied a Taco Shop along the road at "Cameron Corners" so stopped for a quick bite to eat. The Burrito I ordered was the size of a small sandbag. Lunch for $4.00...not too bad... 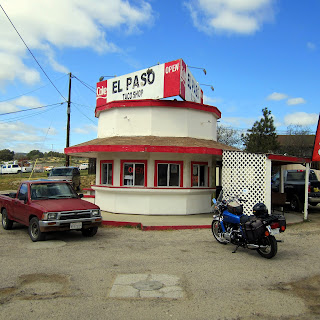 Many miles of twisty roads ahead. 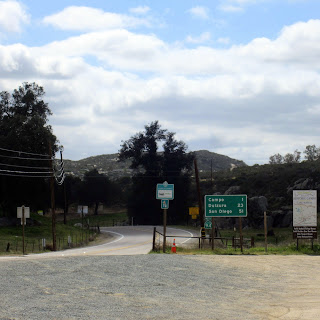 Heading West, the weather started looking a bit "shaky" in the distance....rain. I thought about avoiding the route for a few minutes but no way was I turning back....before I knew it, the clouds broke and clear sunshine prevailed. 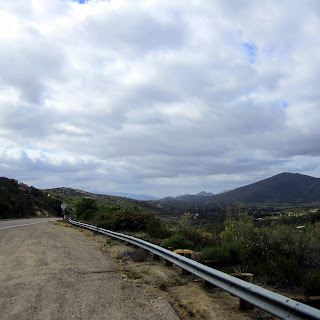 Near the "Tecate" Border Crossing into Mexico, the traffic picked up immensely. Lot of cars coming / going. Law Enforcement vehicles seemed to be at every turn...Border Patrol, Ca. Highway Patrol, Sheriffs Vehicles and unmarked "black ops" looking vehicles. Also a lot of other motorcycle riders. I pulled over a few times for photos and to let "tailgaters" get ahead of me. The clouds above seemed to vanish in an instant.

Before I knew it I was at Jamul CA. Looking for "Lyons Valley Road". It was a great route, passing small farms, orchards, and vineyards. Was a slow, narrow route with minimal traffic. From the previous days rain, there was some debris in the corners from time to time which kept me on my toes. 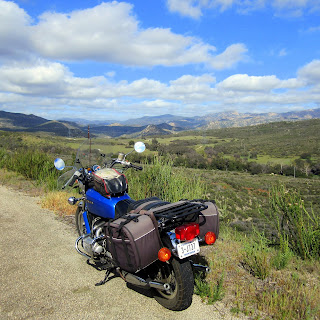 I turned on the "Jacumba Highway" and headed north, passing under I-8 and towards Pine Valley for a gas stop. 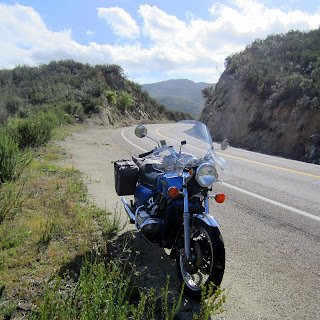 From there, "Old Highway 80" takes you along the freeway and is a great road. Entering "Jacumba" I stopped for one last photo op. after spying this old "fire hearth" 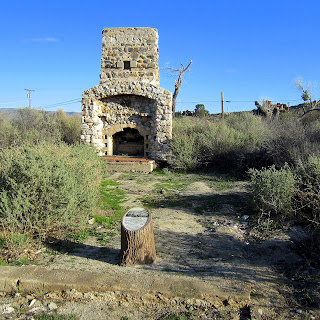 This must have been a pretty beautiful Hotel in its' day. 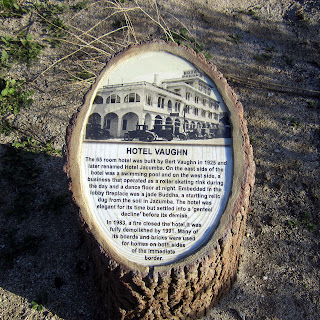 An odd looking home directly on the Mexican Border. 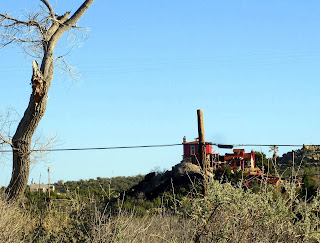 I returned to the I-8 slab, and immediately got off on the Calexico / Mexicali Ca. Route 98 to avoid the Interstate for a bit longer. Finally back on the last leg / I-8  freeway at about sunset. The last hour of the ride was mostly dark. I hadn't ridden the Honda GL after sunset for a couple years and had forgotten how poor the lighting was. I adjusted the headlight a bit lower and switched on the "brights" for part of the ride home. Total riding time from home around 9 hours. Covered over 350 miles of some fantastic roads and scenery. I plan on returning next season on the BMW Airhead. We now are faced with returning to Montana and back to work for me. It has been a great Winter. Now I'm looking forward to some riding up North!...not so much looking forward to returning to work....

I am curious if you figured out a choke setup for the single carb on the Honda? Or is it a strictly warm weather bike...

Greetings Richard....I did install a choke linkage that I can use but never have needed it. With the "accelerator pump" Weber carb, I simply twist the throttle a few times and it always starts immediately. I also added a "throttle lock / cruise control" so I can fast idle (2000 rpm) the engine for a couple minutes. The bike always required a 4 - 5 minute warm up period with the stock carbs. Seems to be the "norm" for old Goldwings.
My larger concern would be low temperature riding, re: 30 - 40* as the intake manifold is not heated which could lead to icing. You hard core Ural Winter guys are definitely versed in that!....lol