I only have one large "clip on" windscreen so I swap it back and forth between the Sidecar rig and the Goldwing. That has become rather "old".... as I ride the Goldwing on a daily basis, so am constantly swapping the windscreen back & forth.
Since I've had a few of the same windscreens over the years, I had a couple sets of mounts so just leave a set on each bike. I went to purchase another similar windscreen and now find them in the + $200.00 range. Last one I purchased a few years back was $160.00.
An Ebay seller had a new but "slightly scratched" windscreen listed for under $100.00.  The windscreen was slightly smaller than the windscreen I currently have but I thought I could make it work.
It arrived today and is definitely a bit smaller, but not by much. All my mounting hardware was the same so mounting it was easy...and now I have a few more spare mounting parts. Took a bit of messing with it to fit without touching the instruments / headlamp but once fitted, I really like it. Upon close inspection I cannot find any scratches or damage so am real happy with the purchase. 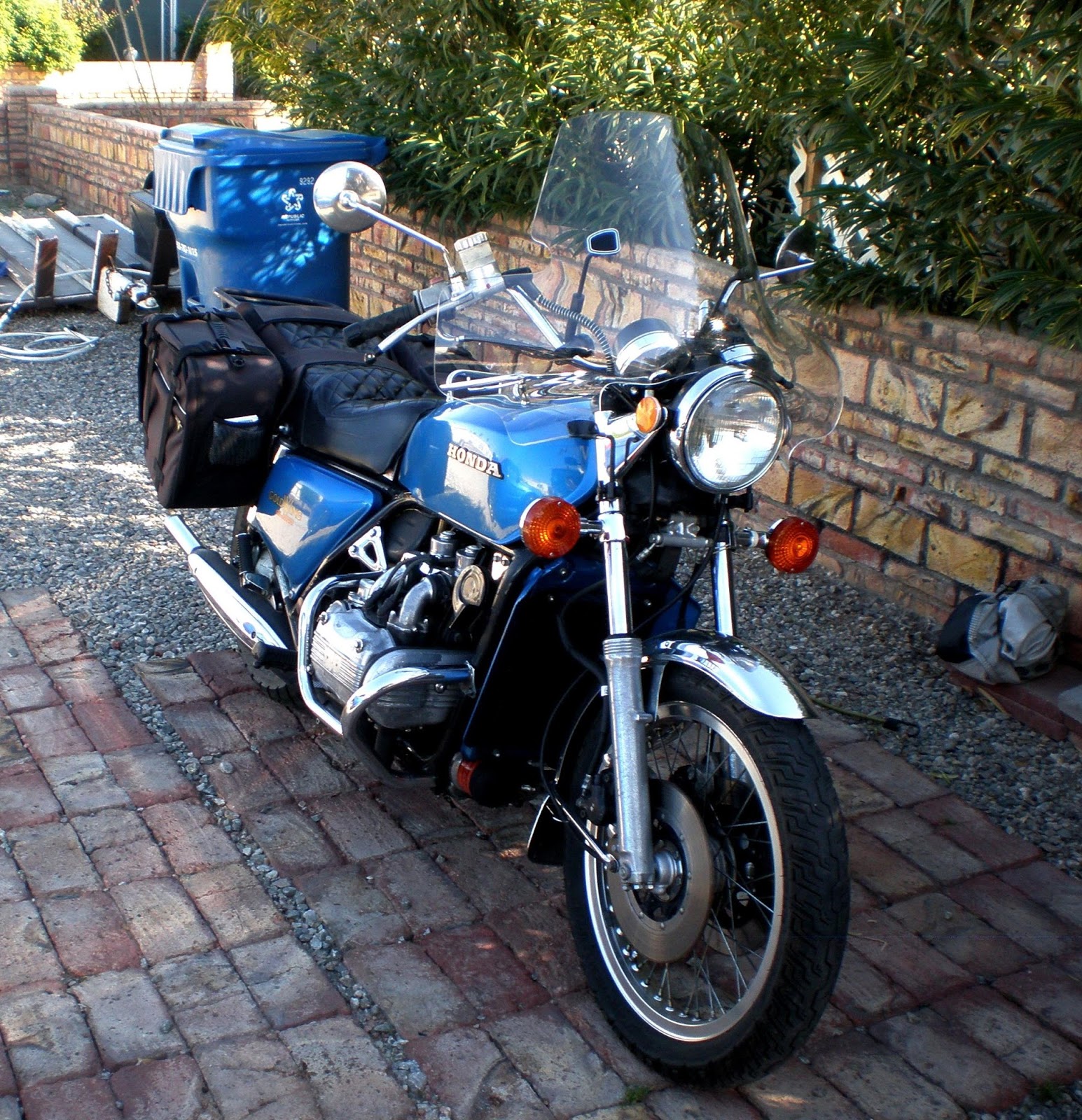 I decided to "retire" the old large tent we've been using for the past few years. It leaked terribly under any type of heavy rain. We've "dodged bullets" for the past few years when camping...only getting wet once during a 10 hour rain event.....and we got wet! With the Death Valley Airheads Rally coming up I want to be prepared for rain so have been tent shopping via EBay for the past couple weeks. One can spend a LOT of money for a decent tent, but since we only camp probably 4 - 6 times per year I wanted something affordable, but large and (hopefully) weather tight.
After reading lots of reviews and looking at a lot of tents I went with another "Eureka!" tent. Our smaller camping tent is a "Eureka!" and has been a great tent in all weather...just not big enough for longer term camp outs. I use it when out on solo camping trips. Since we are on the sidecar we've gravitated towards larger tents....plus it keeps my Wife happy, which is VERY important since she isn't a huge camping fan anyway. The model I ended up is a large tent 11' x 11'...which is also a large wind "target". One review said it was not that large of a foot print, and was closer to 9' x 9'...After reading a lot of reviews on this tent, at least 95% of them were positive so I went ahead and ordered one. Just need to have it by the end of the week as we are preparing for Death Valley. I nearly spent a lot more money on other tents but delivery times were sketchy and most wouldn't guarantee delivery by early next week. This seller promised to have it to me by Thursday. Upon receipt we'll set it up in our yard to make sure nothing is missing and that it has no flaws.....I remember one camping trip.... unpacked my new tent, only to find the wrong poles had been included.
A number of buyer reviews included folks experiencing major rain events and keeping dry in this tent during them. I really like more substantial covering rain flies, but with that, you get no windows and less ventilation. My other "Eureka!" tent uses two walls which are screen netting....I was aghast when I first set it up...looked more like a "screened room" than a tent. But the rain fly totally enclosed the tent and it has been weather tight, although hotter than heck in Summer weather. Hopefully the new one will fit our needs....

Was wondering what brand of windscreen you are using. I have a 72R75 and need a windscreen for it.
Always enjoy your forum! One of the best one around.

The Stock R75 "fork mounted" signal mounts are usually an issue when mounting these types of windscreens.
I was never able use this particular type of screen on an R75 with stock signals. I ended up using smaller windscreens.