We spent the weekend out near the Salton Sea, at a nearby hot springs resort.
This was a scheduled annual Airheads Beemers Club event.  A riding buddy from Phoenix had been in touch and we invitied him and his friends to come to Yuma and spend a night here, prior to heading out to the Salton Sea. The guys showed up Thursday afternoon and we had a great visit, evening campfire with a few adult beverages. The Lad in the middle has been "on the road"for near 5 years, traveling around the country. What a great adventure, I am envious! 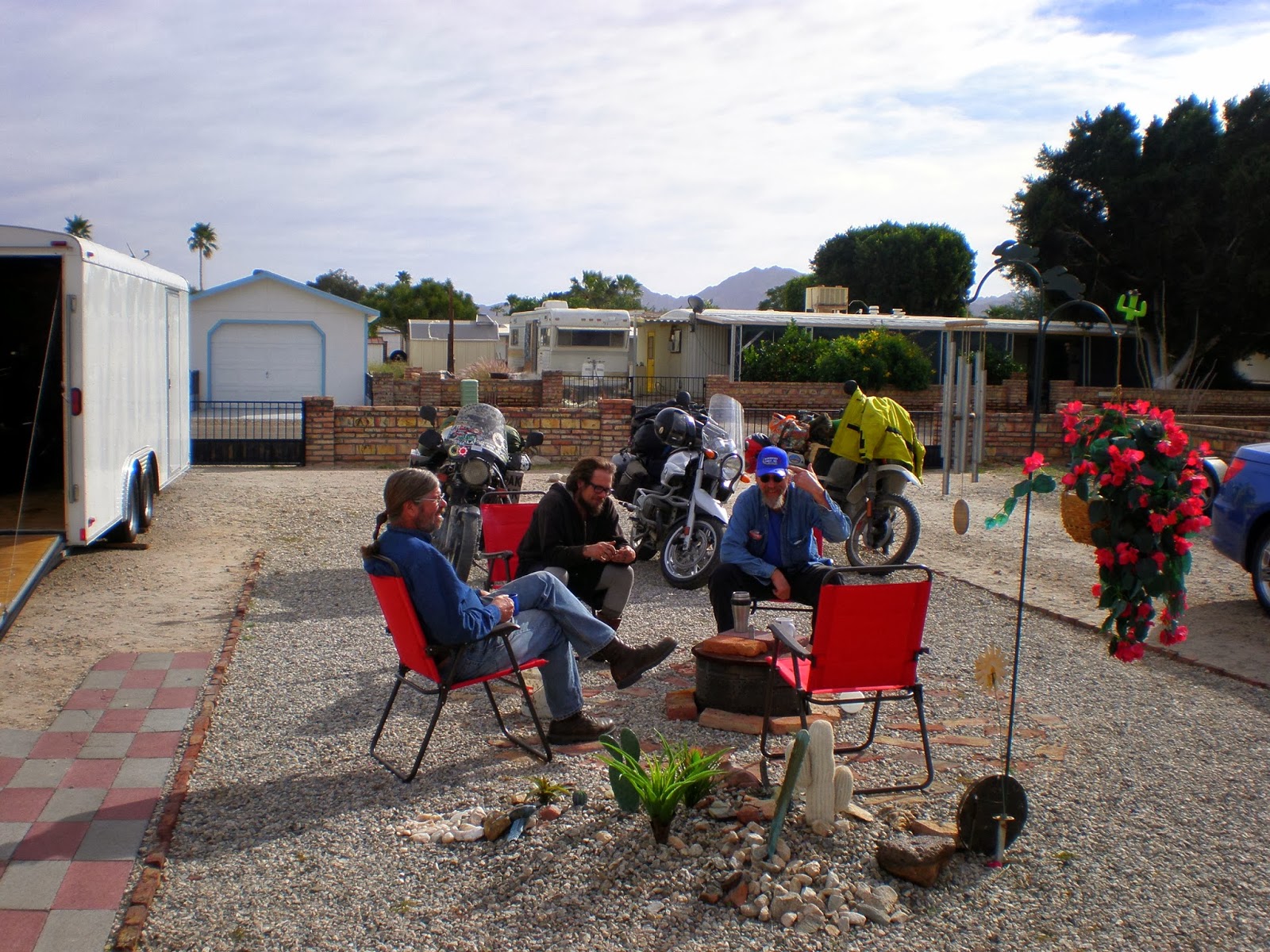 We awoke Friday AM to some cloud cover and cooler temperatures. Of course some wind accompanied the cooler weather. We rode out to the Salton Sea at a leisurely pace and took a couple breaks along the way. the stop at Glamis, at the sand dunes,  gave us a good look at some radical off road machines: 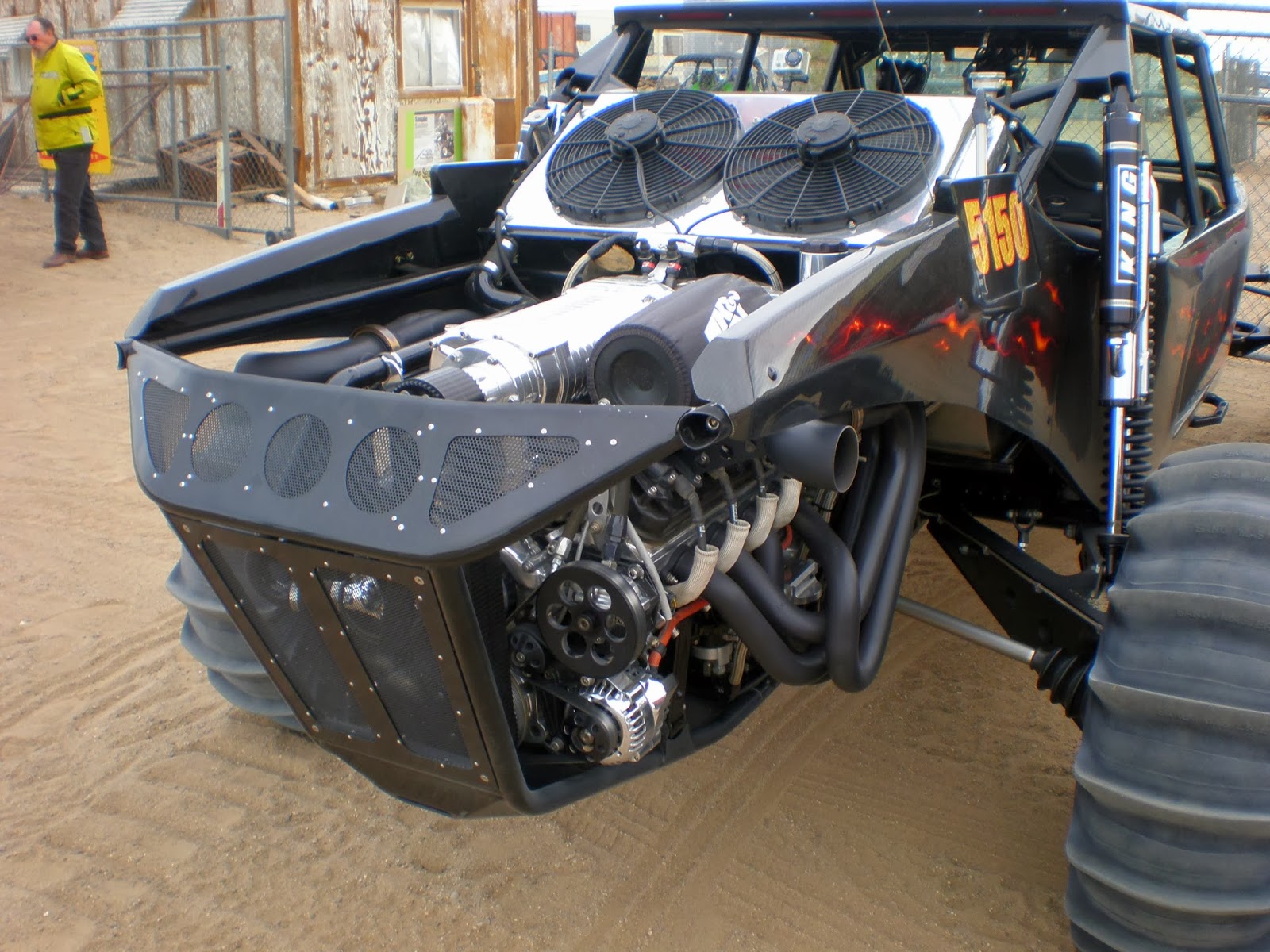 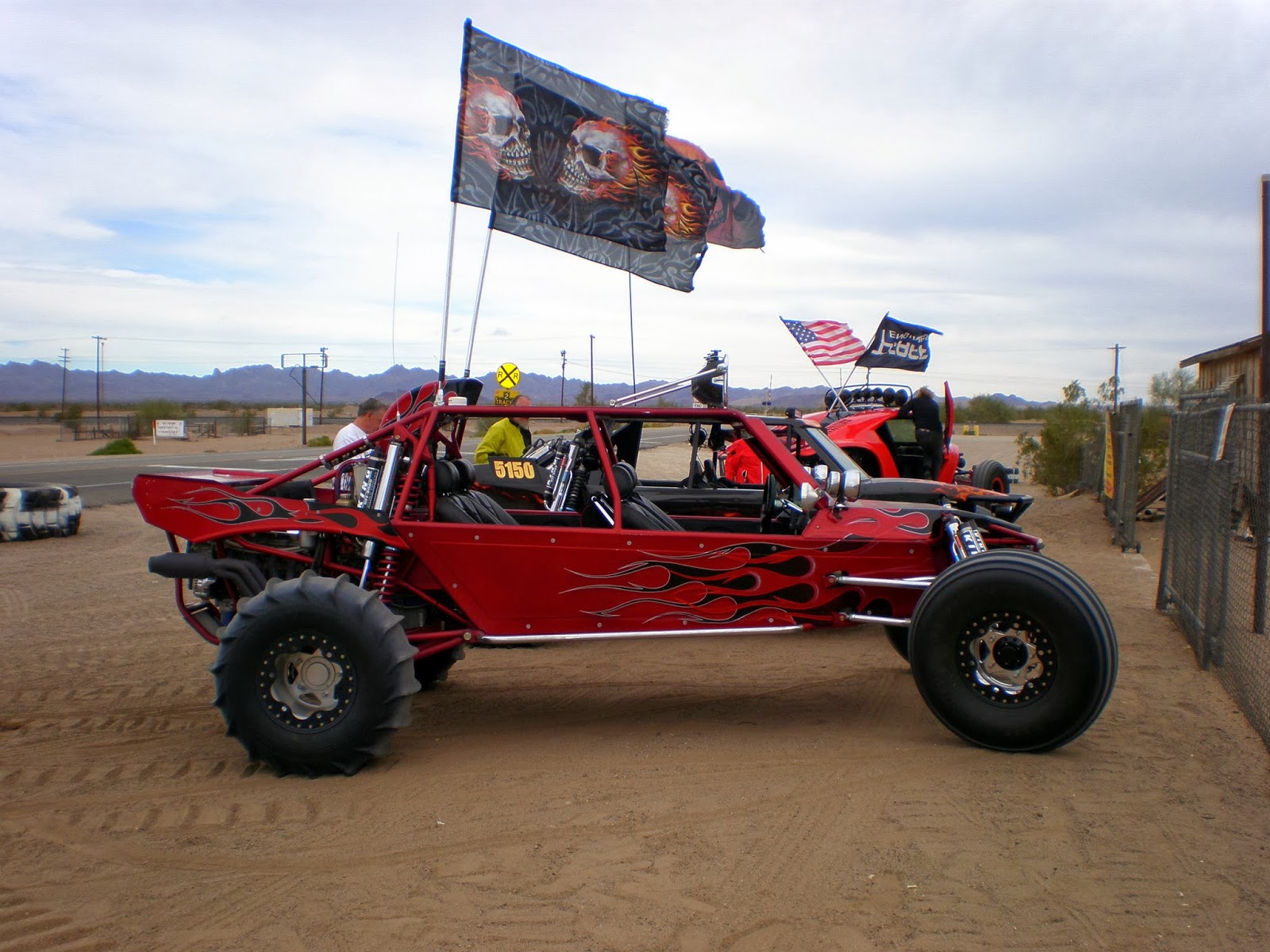 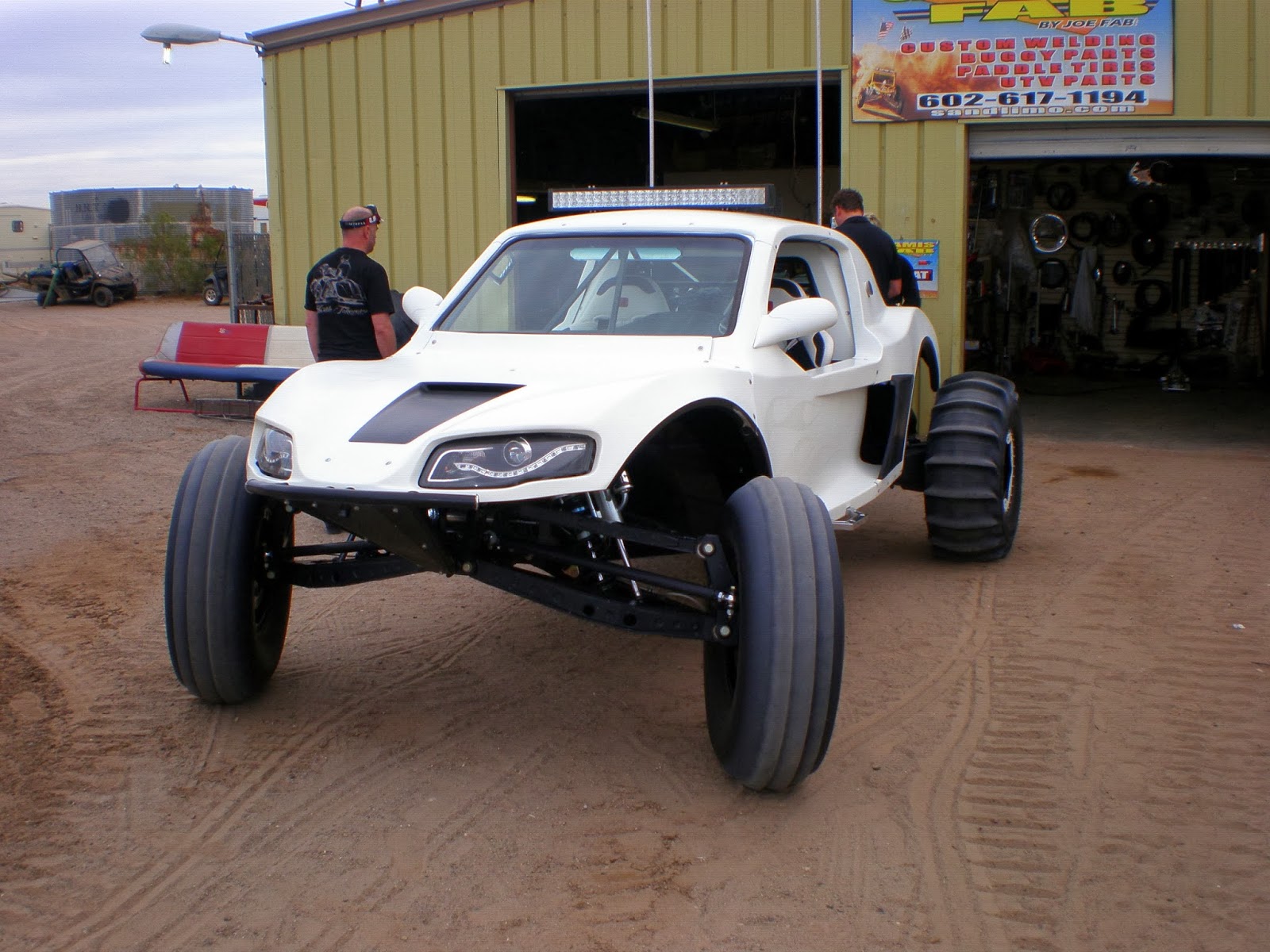 The machine below was of particular interest due to twin super chargers and radical suspension and about everything else. A LOT of money tied up in it. We could live for a few years on the amount of dough spent building this thing..... 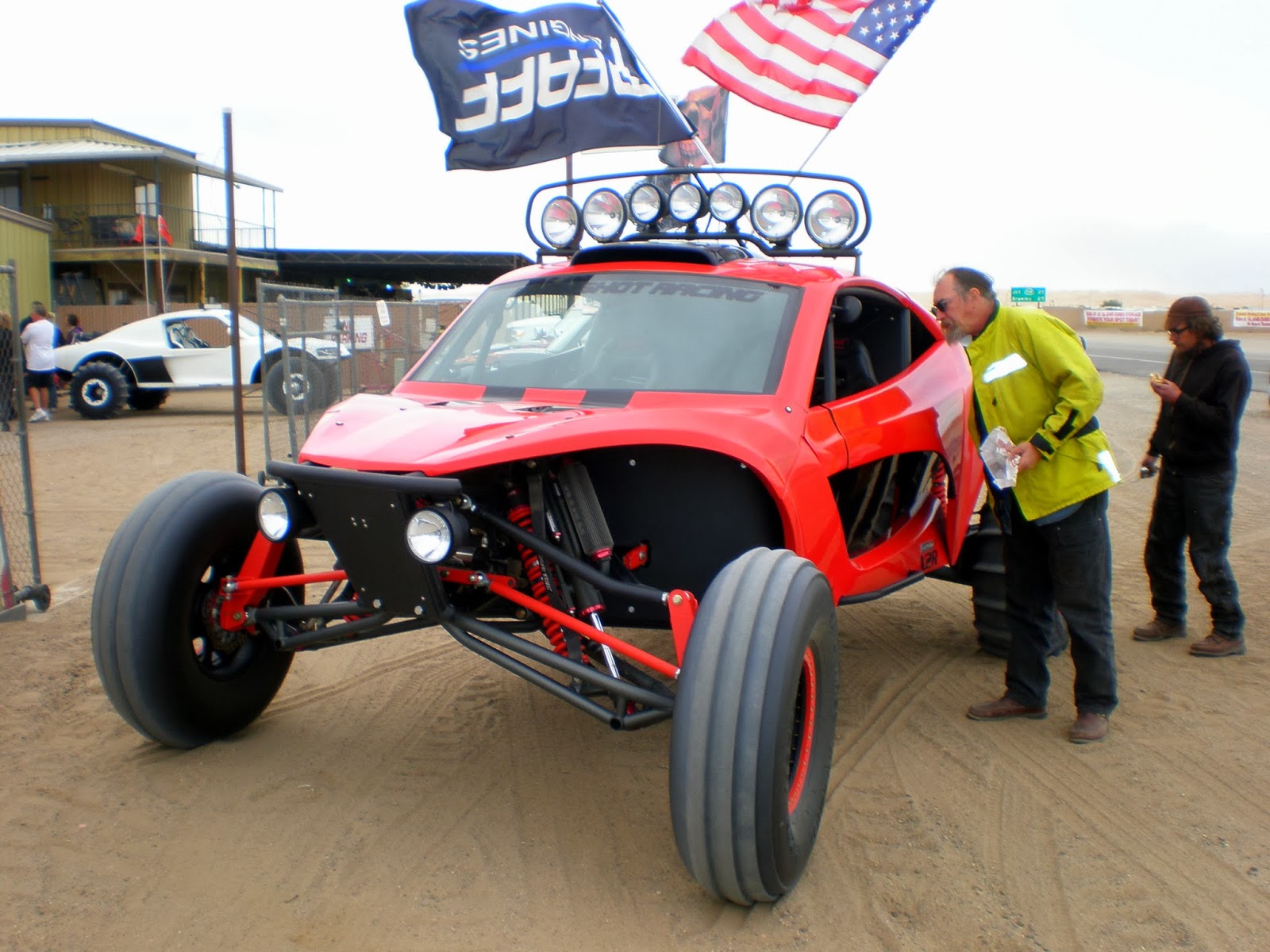 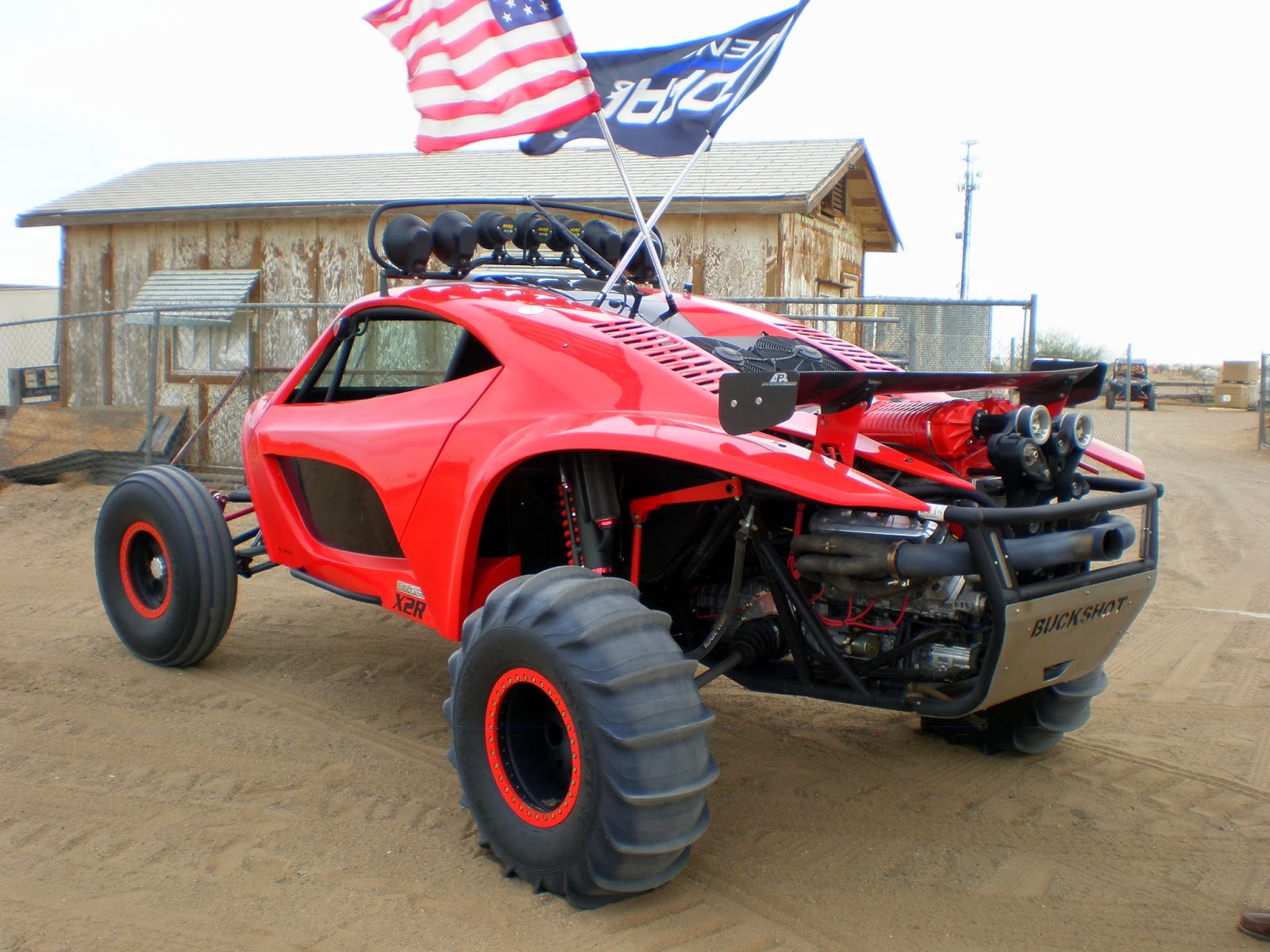 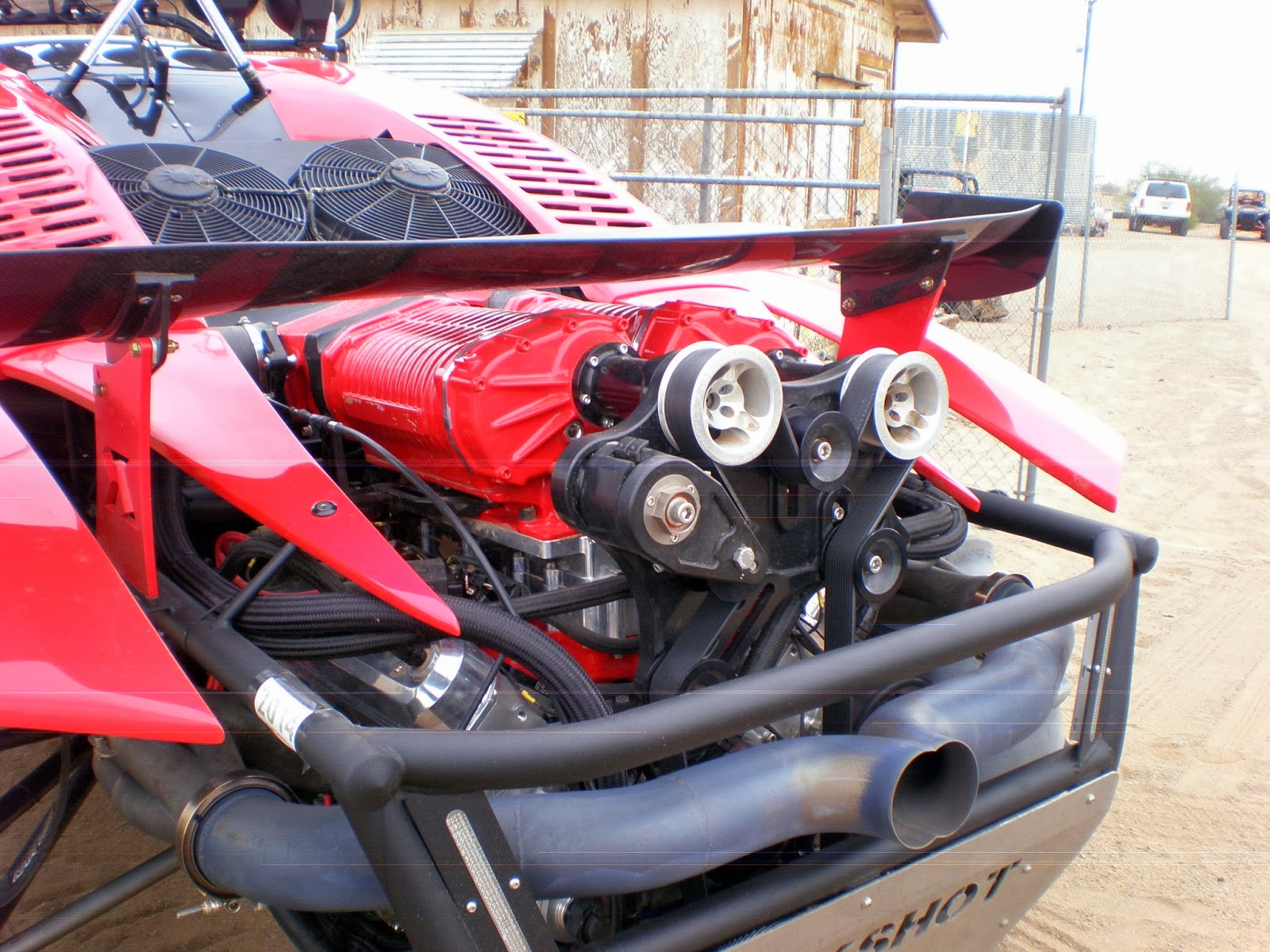 The "overnighter" at the hot springs turned into a "2 nighter" this year. Quite a few folks showed up Friday afternoon. Quite a crowd was in attendance Friday night. 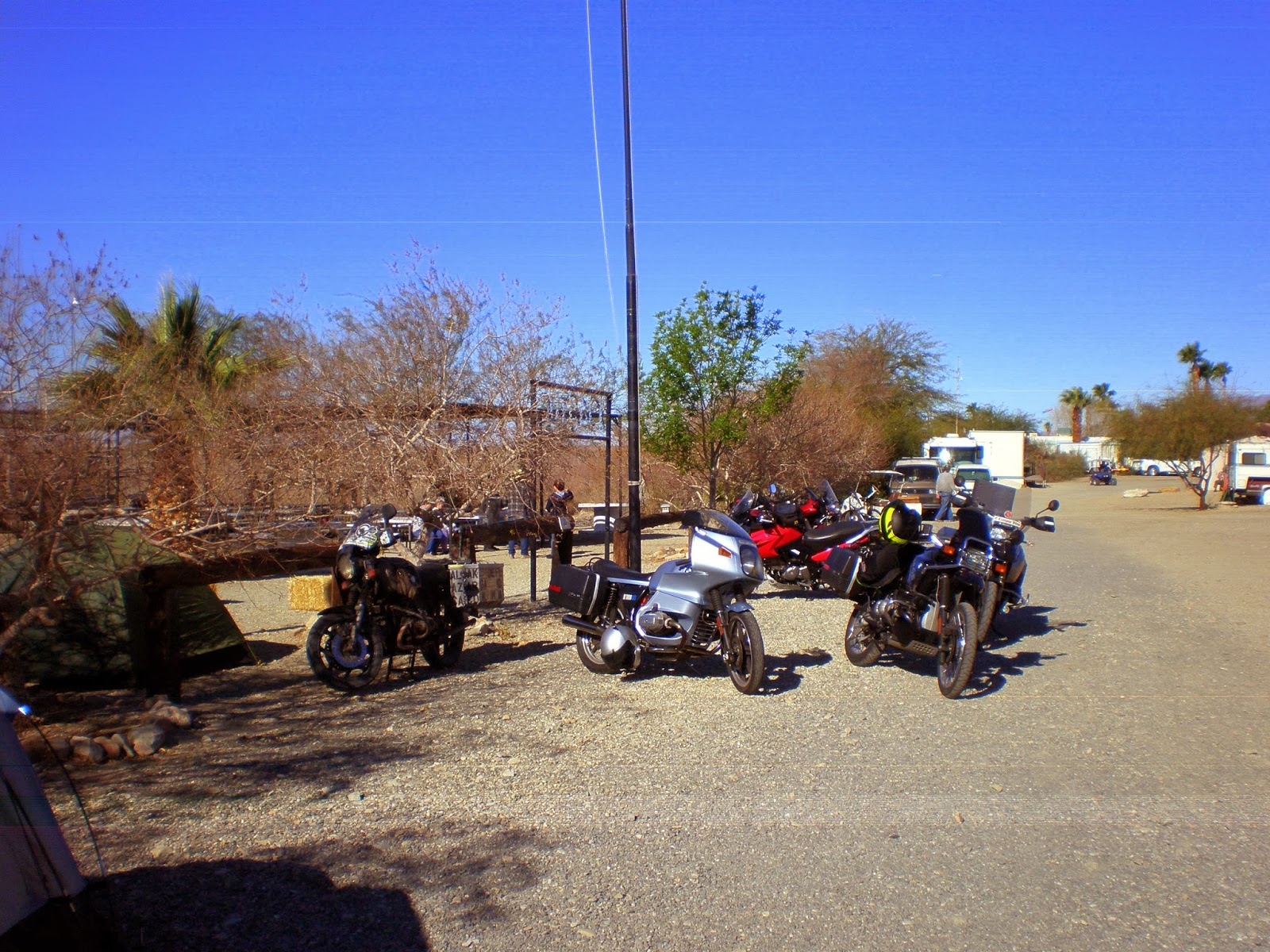 I failed to take many photos this year. 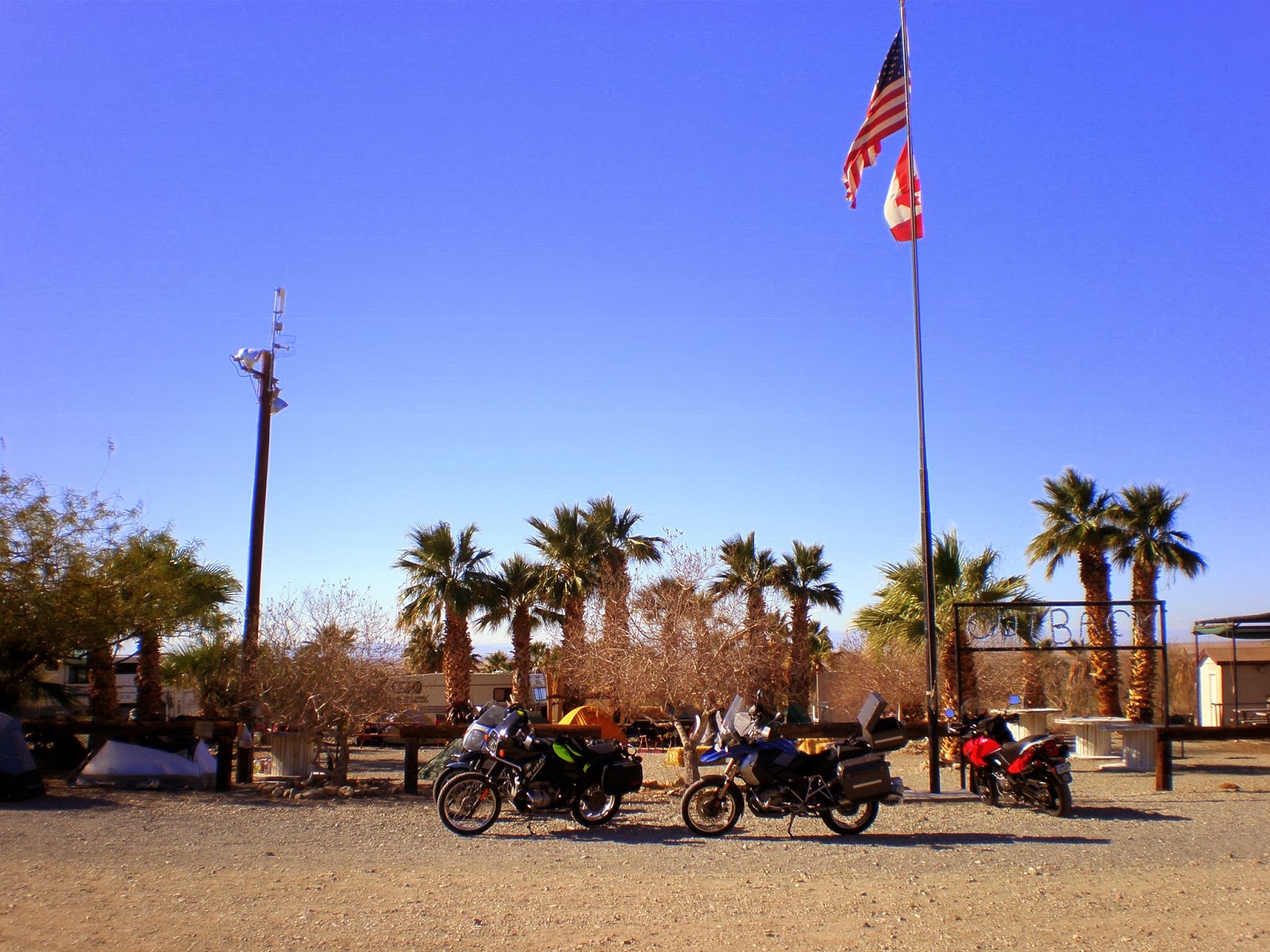 The weather was nice with a touch of wind. 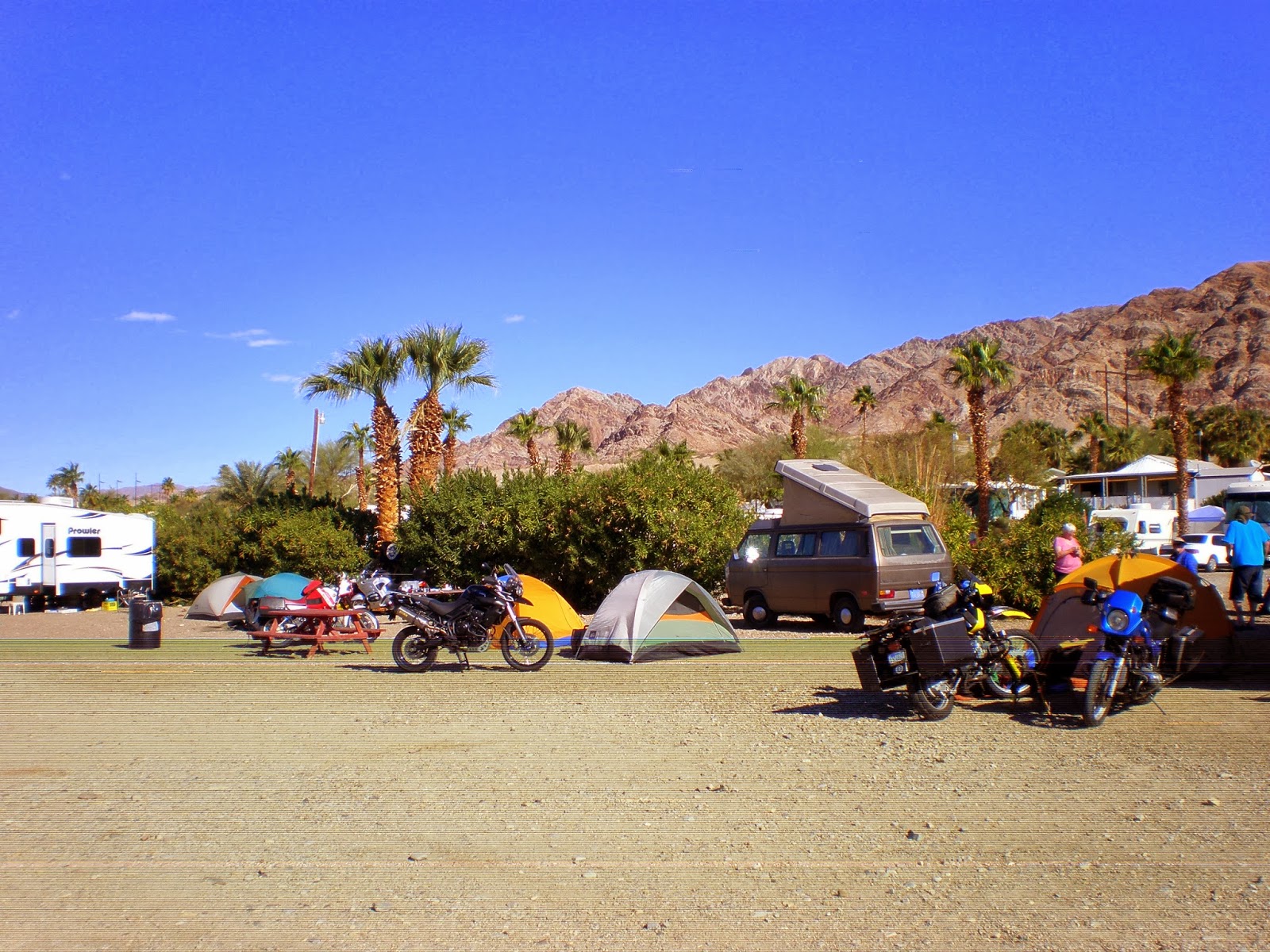 We grabbed a "road side" campsite with a little shade..... 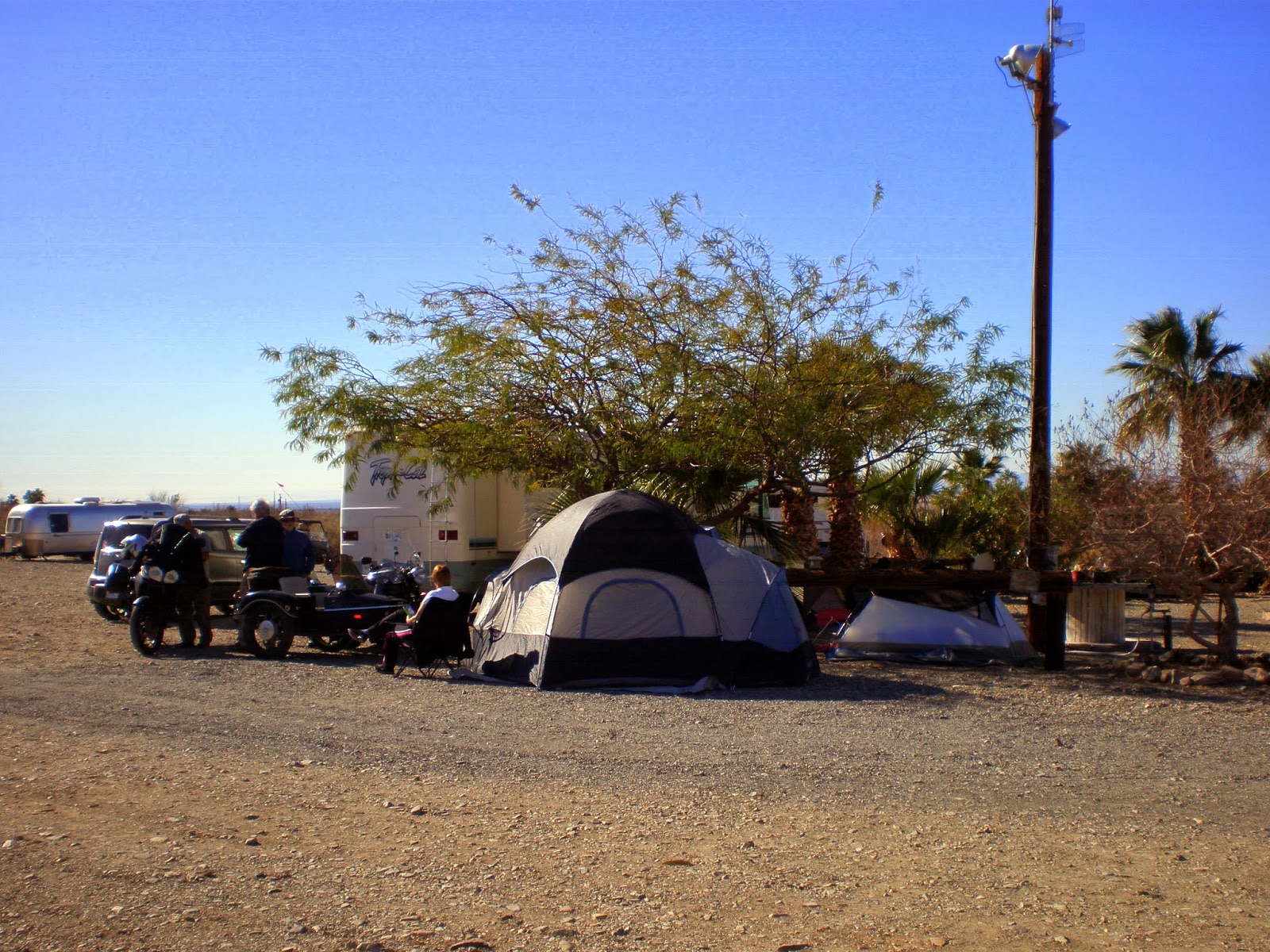 We took a short hike on Saturday afternoon.  The mountains directly behind the campground: 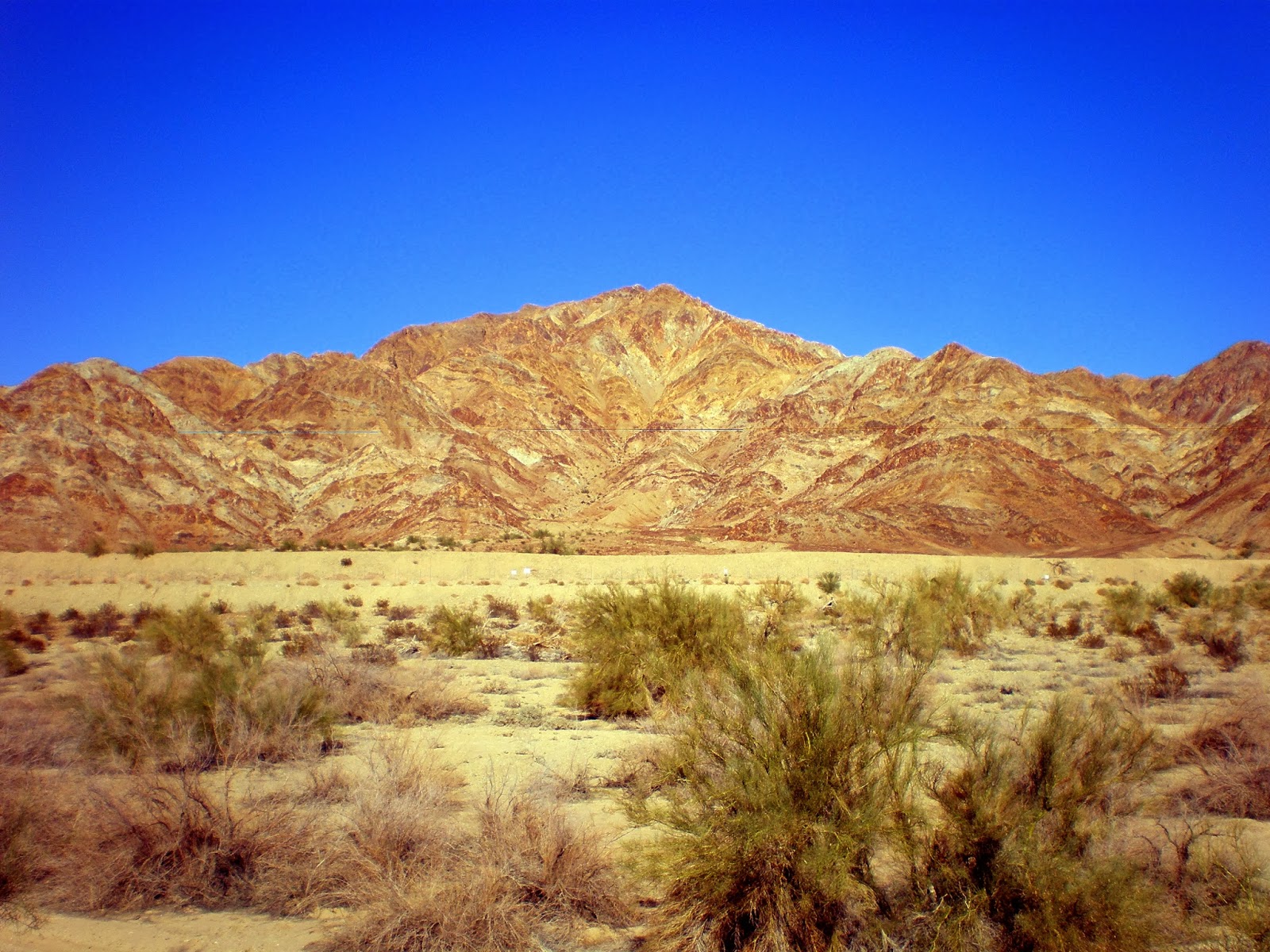 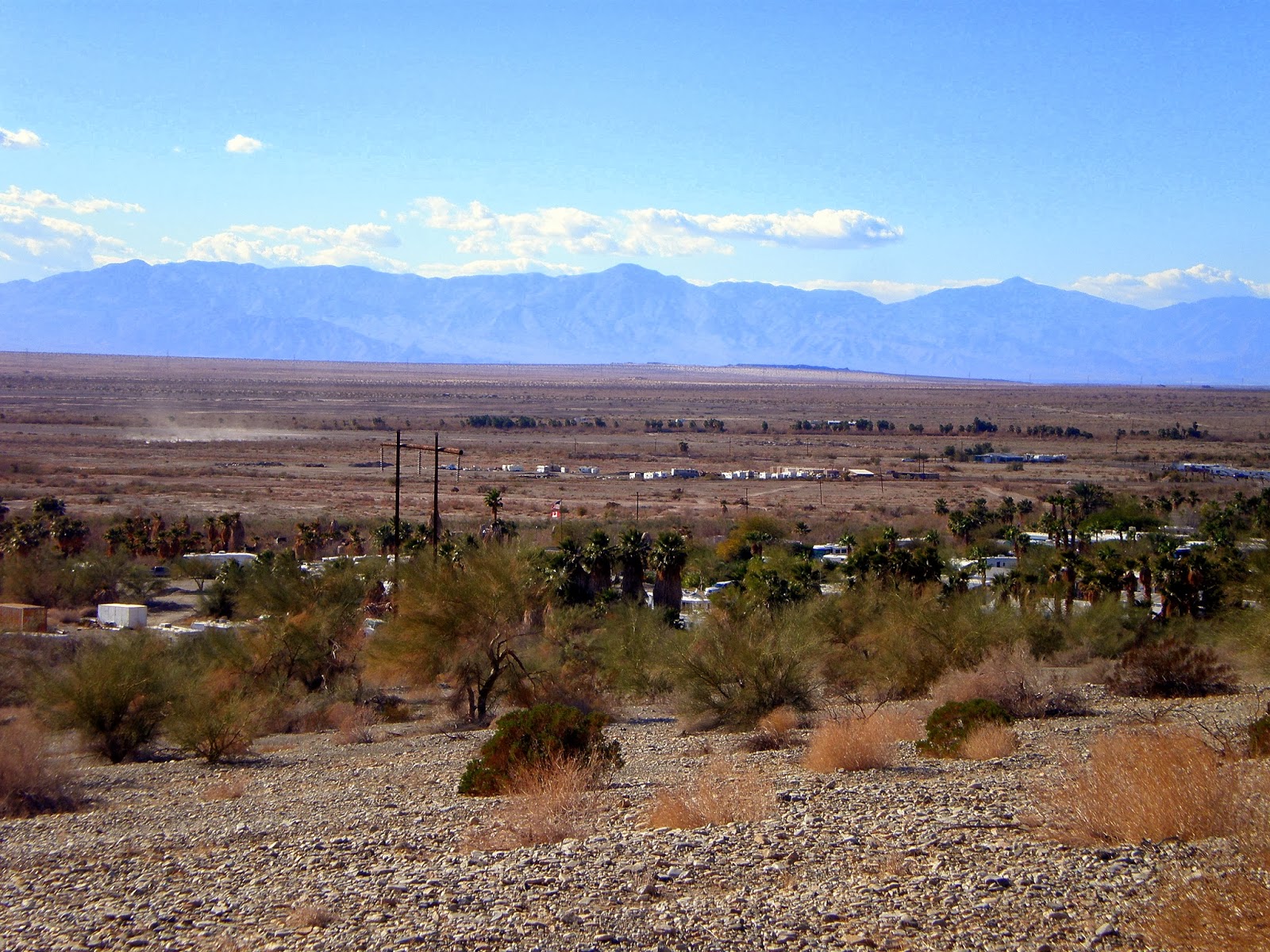 The sidecar / trailer worked just fine. The trailer tows easily and is not really noticeable  until I'm in a corner.
I ran 55 - 60 mph all the way over and still ran around 25 mpg which is what I was getting without the trailer. The wind was a bit strong along the Salton Sea, requiring pretty good effort on steering to counteract the wind.
We returned Sunday afternoon. I ran a bit slower coming home, averaging 50 - 55 mph.....fuel usage improved a bit coming home. The minimal wind today was mostly in our favor.
We will now begin preparing for the Death Valley Airheads gathering which will be weekend after next. I have some maintenance to perform on the bike. I will  drain / refill all gear boxes, change the ignition points, check the valve clearances, install the rear "K-Block" tire I recently purchased, check spark plugs, and give the bike a general looking over.   We plan on spending about a week on the road, leaving a couple days early to camp on the way to Death Valley. I will likely carry an additional fuel can on the trip, due to some lengthy stretches with no fuel available. After leaving Death Valley, we'll decide a different return route and probably spend a couple days returning home.
Our large tent will be replaced by a new large "Eureka" Tent which I ordered tonight. The tent currently in use is not a good "rain" tent and will leak under rainy conditions. I only paid $69.00 for it a few years ago so we have definitely got our money's worth. It leaked like a sieve the one time we were "deluged" while camping in it. I don't want to tempt fate at Death Valley with a leak prone tent.

Sounds like a nice get together. I read about these events in the Airmail magazine. One of these days...