Took a ride this weekend and last weekend. Last weeks ride took me over to the Crow Indian Reservation, near where I grew up. Pretty warm day and I made a pretty "mad dash" for a couple hundred miles. Stopped at an old fishing access site we used to frequent when I was a kid. 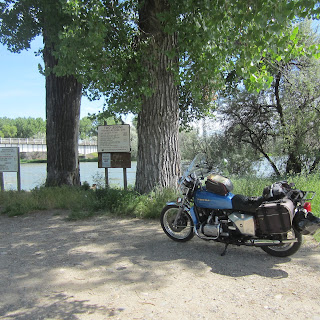 River was running pretty high. I stopped for a few minutes....found a nice little pocket knife laying on the rivers edge. This is the "Two Leggins" Fishing Access. 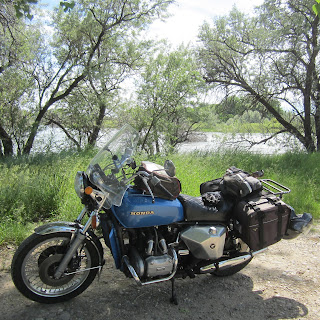 Today I decided to take a bit further of a ride. Filled the auxiliary fuel tanks to the brim and wanted to recheck maximum mileage with all the tanks full. Decided to go North to Roundup Montana, then East to Forsyth Montana. From there I followed the Yellowstone River to Sarpy Creek Road, which leads back to my hometown, Hardin Montana. Also there is a little Bar / Grill, the Spring Creek Bar, along the route. They have great burgers and fries so that was my motive for the route.
(CLICK ON IMAGES TO ENLARGE) 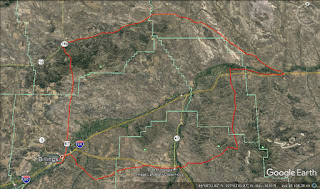 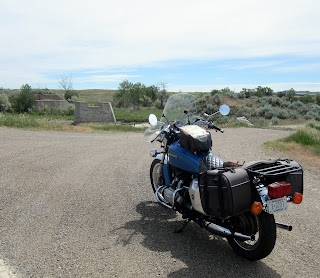 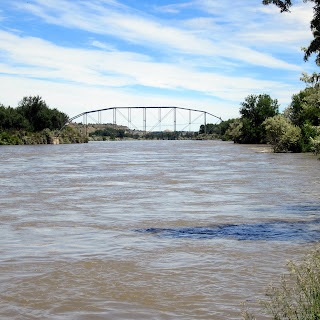 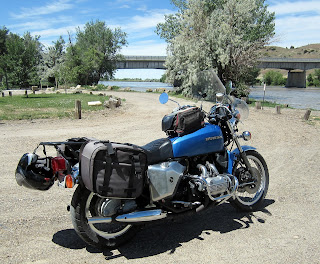 I've had issues getting the two auxiliary tanks to draw fuel evenly. I installed vent caps on the vent lines. The problem with the vents installed is that they will draw air into the tanks, but do not allow air to escape. This prevents the tanks levels from equalizing. I've found that by occasionally reaching down and cracking the filler caps loose that the tanks will equalize. The caps are o-ring sealed and take about 6 - 7 turns to remove so chances of one falling off is nil. I will likely just remove the one-way vent caps on the vent lines, which are routed under the seat to the rear.
The bike quit at 135 miles thru the auxiliary tanks, so with 5 gallons more in the main tank, I should have a minimum of 350 mile range. I was running along at a leisurely pace of 60 - 65 MPH. Typically get about 42 - 45 MPG at that speed.
I would bet that there is still fuel retained in the auxiliary tanks as they each took 1.8 gallons when I installed them. I think the only way to get every drop out, would be to plumb them separately with two petcocks, one for each auxiliary tank. That would be a plethora of fuel lines so don't think I'll do that.... 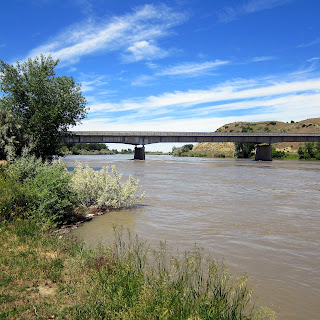 Yellowstone full....lots of trees / debris floating down the river. 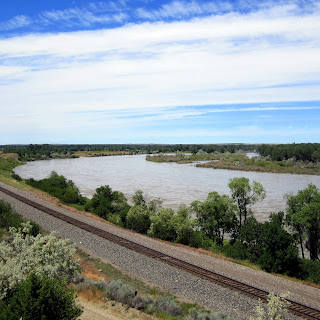 Yesterday, 2 gals attempted Kayaking the river, both capsized and had to be rescued near Billings. Anyone on the river at this stage either has a death wish, or is just plain stupid.... 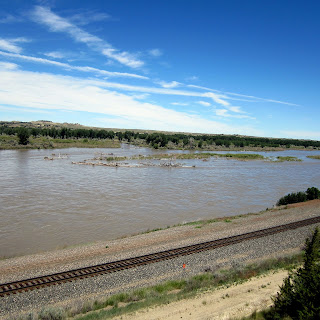 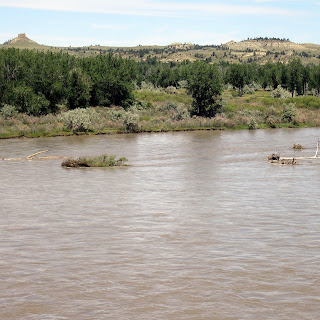 Tree with dirt / grass still attached moving down the river.
Posted by BMW HACKER at 7:45 PM

350 mile range pretty impressive! Maybe it'll make a better tug with the power and range. Plus water cooled? (Guessing on that)

You are absolutely correct the "Tug" statement. I actually acquired it for that initially, but liked it too much as a solo ride...lol

Hey I sent you an email to the one associated with this blog.