Decided to attend the 17th. annual Beertooth Beemers Rally this year. Took a Friday off work. I've only taken a couple of  Summer leisure days off in the 15 seasons I've worked for this company.
The weather forecast was looking very poor the previous week. A friend of mine dissuaded me from not attending due to foul weather. I committed to attend regardless of any bad weather. As things worked out the weather was fine....hit some light rain going over on Friday AM but that was the extent of the "storm". Folks at the rally Thursday night had to deal with a few good rain storms, but they were short lived. 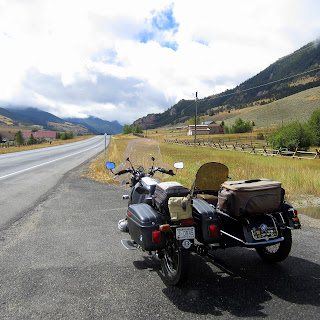 The final aftermath of the clouds were burning off as I approached the campground. Photo is about 10 miles out, The campsite sits right at the base of the Beartooth Highway. 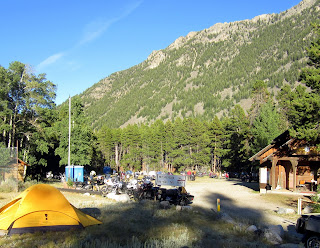 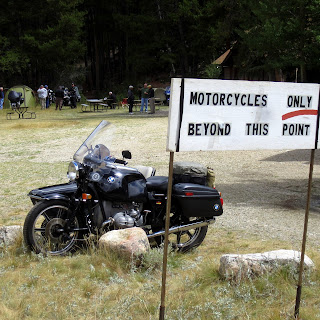 Clouds vanished and the days were clear. Down to near 30* Friday night but my gear is good and didn't suffer a bit. 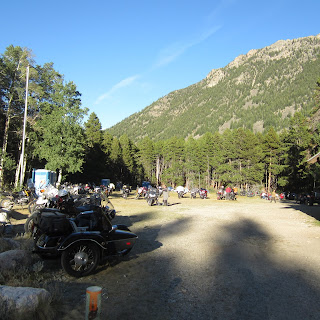 Heard that about 120 riders attended. 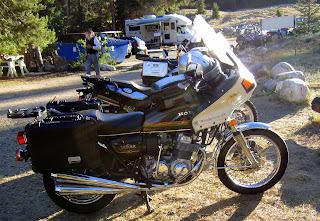 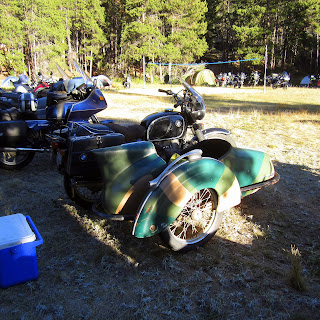 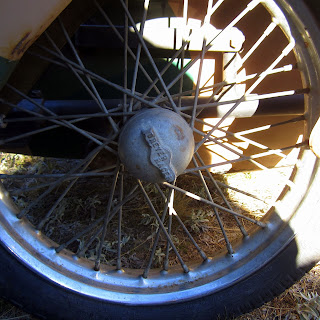 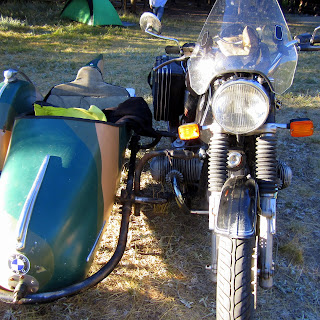 He's using a 3 - point "ball & socket" mounting setup. Each attachment point has a built in lever....that allows him to disconnect the light sidecar in a couple of minutes and ride solo when he wants. 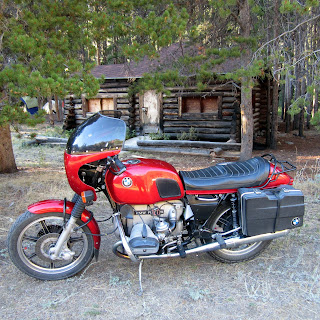 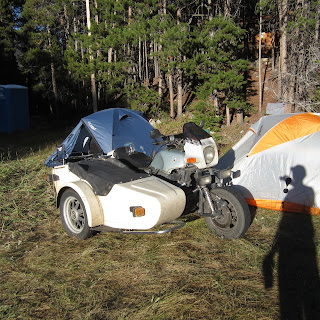 Sidecar friend Paul S. from Colorado was there with four or five riding buddies...."The Inconsiderate Bastards".  I had a great time hanging with them for a while each afternoon.
Haven't laughed so much for quite a while. 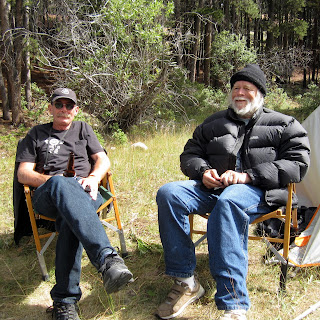 Friend Paul S..... also rides a K-Bike sidecar (above). Paul lost a leg years back. He is a testament to toughness. A very intelligent fellow with great stories to tell. He amazed me with his intimate knowledge of so many different topics. 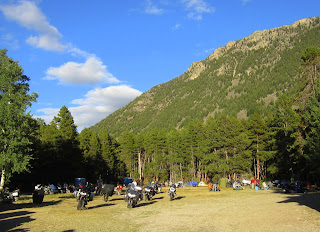 The rally is scheduled again for next year. The Lions Camp folks are great hosts and fed us well with good food and plenty of it. I will plan on attending again next year!