I planned a short ride (120 miles)over to Columbus MT...then to Red Lodge MT. and then home. The weather was so perfect that the short trip grew into a +350 mile ride. Just couldn't help myself as the days are long and sunset isn't until near 9:00 PM here.
Yellowstone River near Columbus MT: 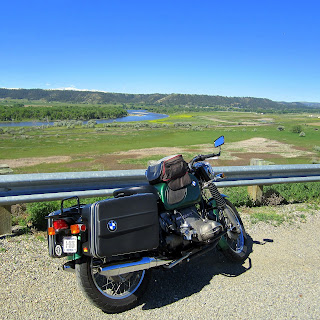 Good hamburgers at the "Dew Drop Inn" in Absorakee MT. 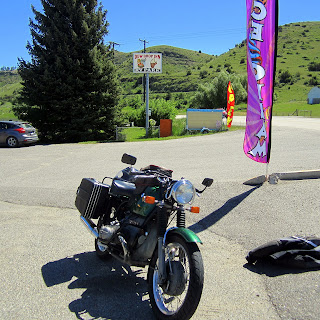 Old "Hippy Bus".....I doubt that it was at Woodstock though. 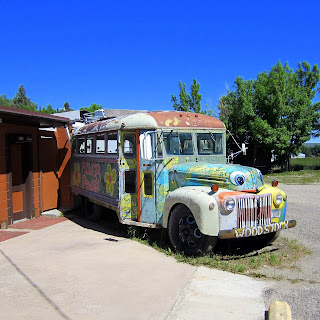 The "Grizzly Bar" in Roscoe MT. A required stop when passing near. 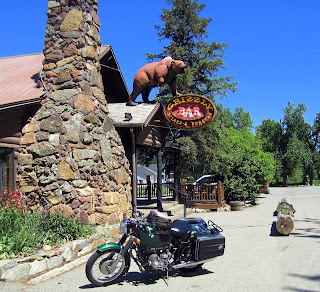 Took a break in Red Lodge MT. Looked over and this guy just decided to take a break on the sidewalk. 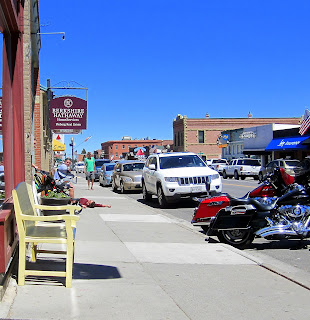 I left Red Lodge and headed over to Bear Creek. Thought about going over the Beartooth Pass but did not yet talk myself into it. 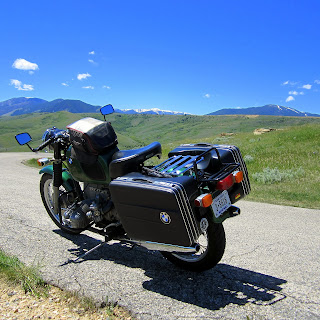 When I got to Belfry MT., the bike somehow decided to go to Cody WY. I passed the turn for the Chief Joseph Highway as I would not have enough gas to make the loop....on to Cody for a 2nd. lunch and a tank of gas. Then back to the Sunlight Basin highway. 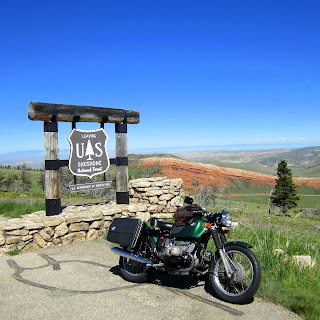 In the back ground here is "Heart Mountain"....on the other side of that peak, an internment camp was constructed during WW2. The camp held US Citizens of Japanese decent. I once met a Govt. Inspector who was born there while his Family was interned. His Father enlisted in the US Army, fought in Europe, risking his life while his entire family was held prisoner by his own Government. A SAD part of our history! 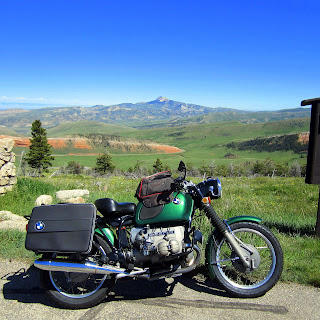 A lot of great sections of road coming up. The /5 was a blast to ride through the twisties. 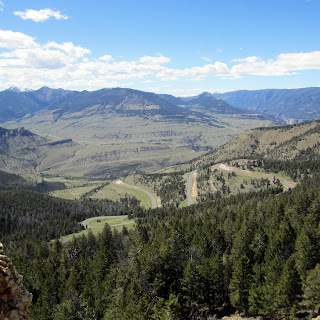 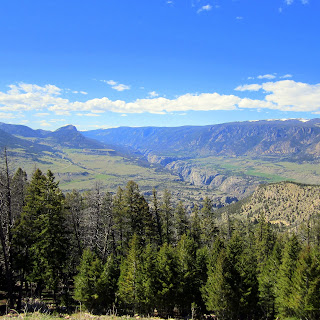 At least there was one more Airhead out and about today. 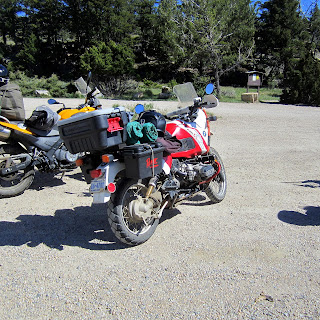 Pilot and Index Peaks in the back ground. 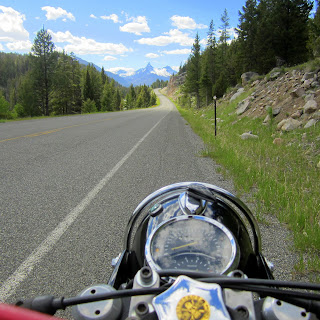 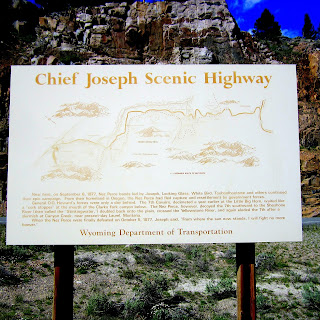 Heading up towards the Beartooth Pass. The road was opened last Friday. 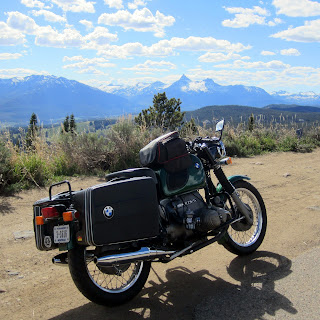 Getting a bit cooler.... 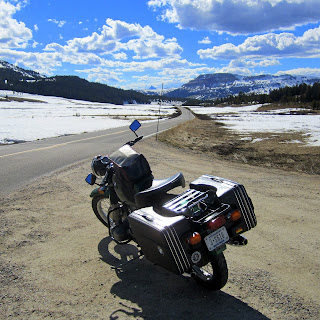 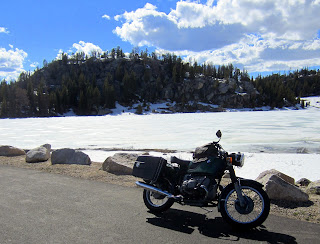 Snow Drifts aren't near as big as previous years. 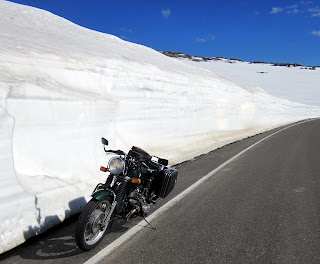 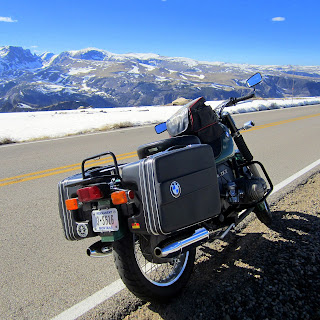 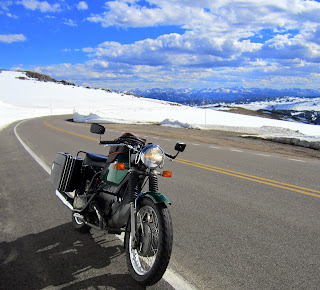 That's a lot of snow! I really like the green color of the BMW. Was that a stock color?

Yep, the pictures with snow in them are the preferred ones in my opinion!

Although the other landscape shots are fine, just seems better with snow, that's all.

The "green" color is sort of a "British Racing Green" Metallic....the previous owner was a bicycle mechanic / painter and did it himself. It was painted with "Dupont Imron", a paint which is no longer used due to its' supposedly non-environmental properties.
I painted my 1973 Opel GT with a metallic gold Imron back in the early 80's. The paint was very resilient and hard....when washed always looked like it was just waxed.