Our riding time today was quite short....only 120 miles or so. Leaving Tecopa Hot Springs, we all went our separate ways. A couple of our friends had never been through the "Badwater" entrance into Death Valley so they went that route. We wanted to get to the camping area and get set up early so we took the shorter route in. 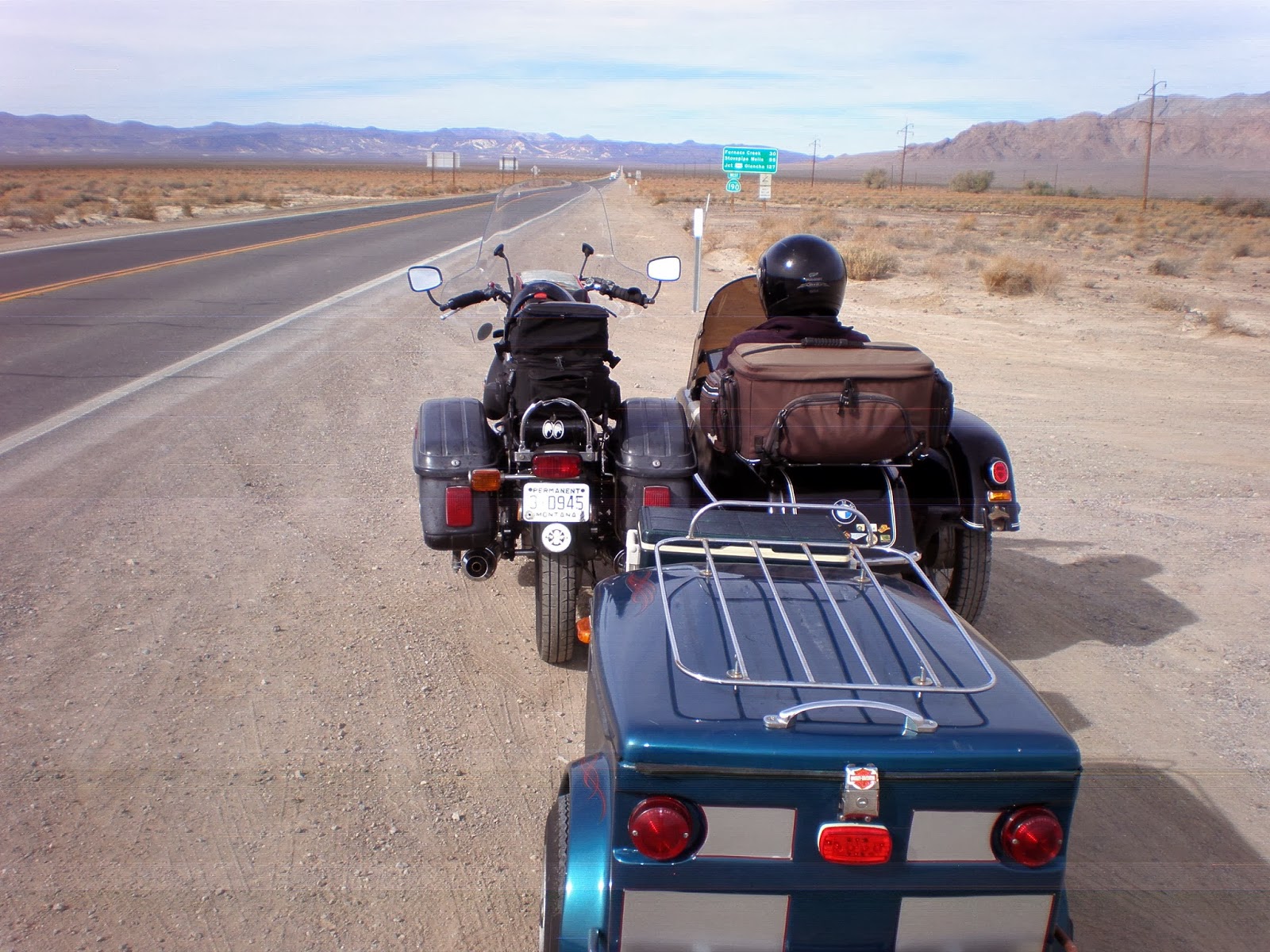 I always look forward to the "drop" into Death Valley from the Junction. Temperatures typically rise significantly on the way in. 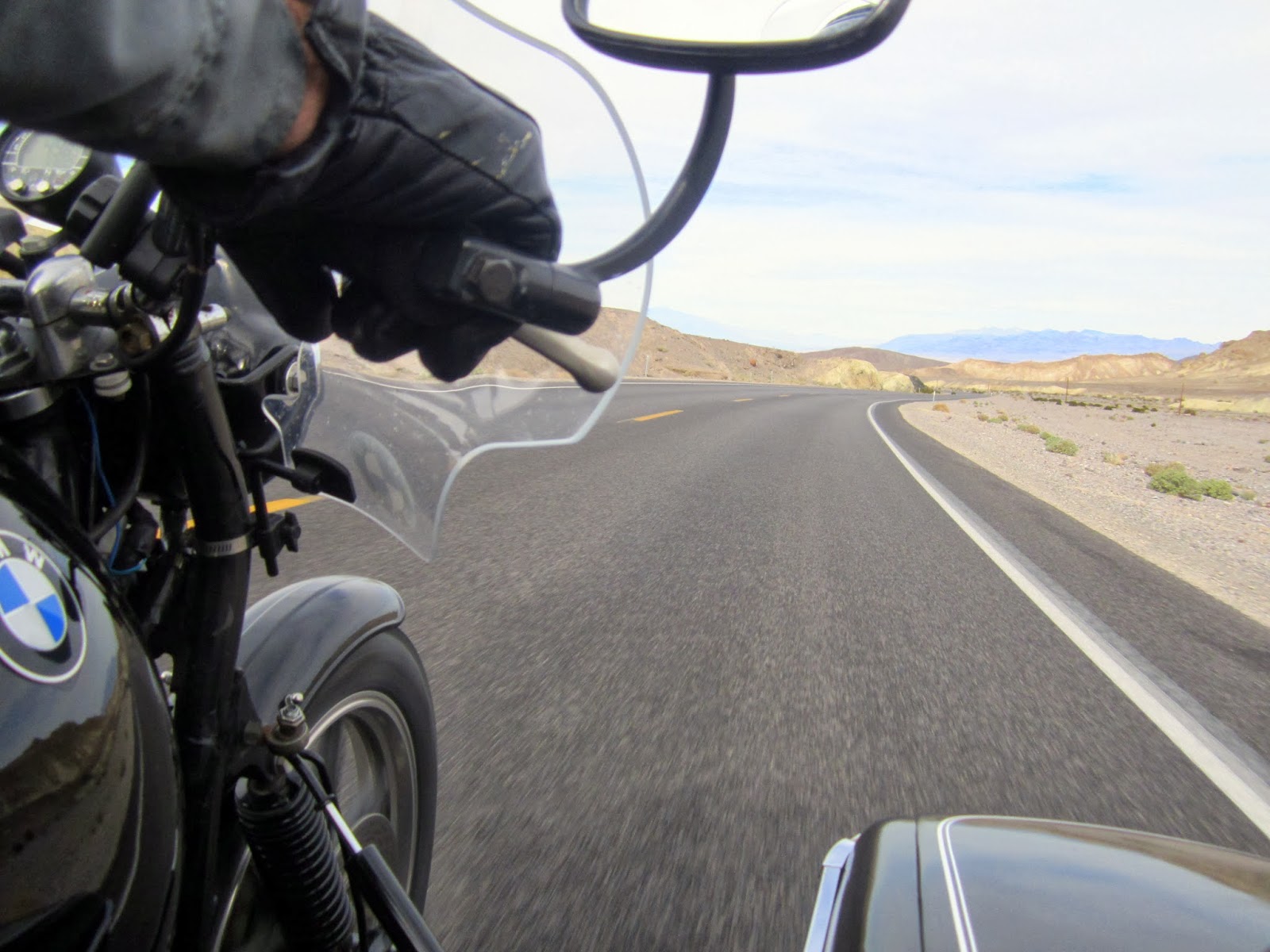 We had a few clouds but temperatures were in the 80's. 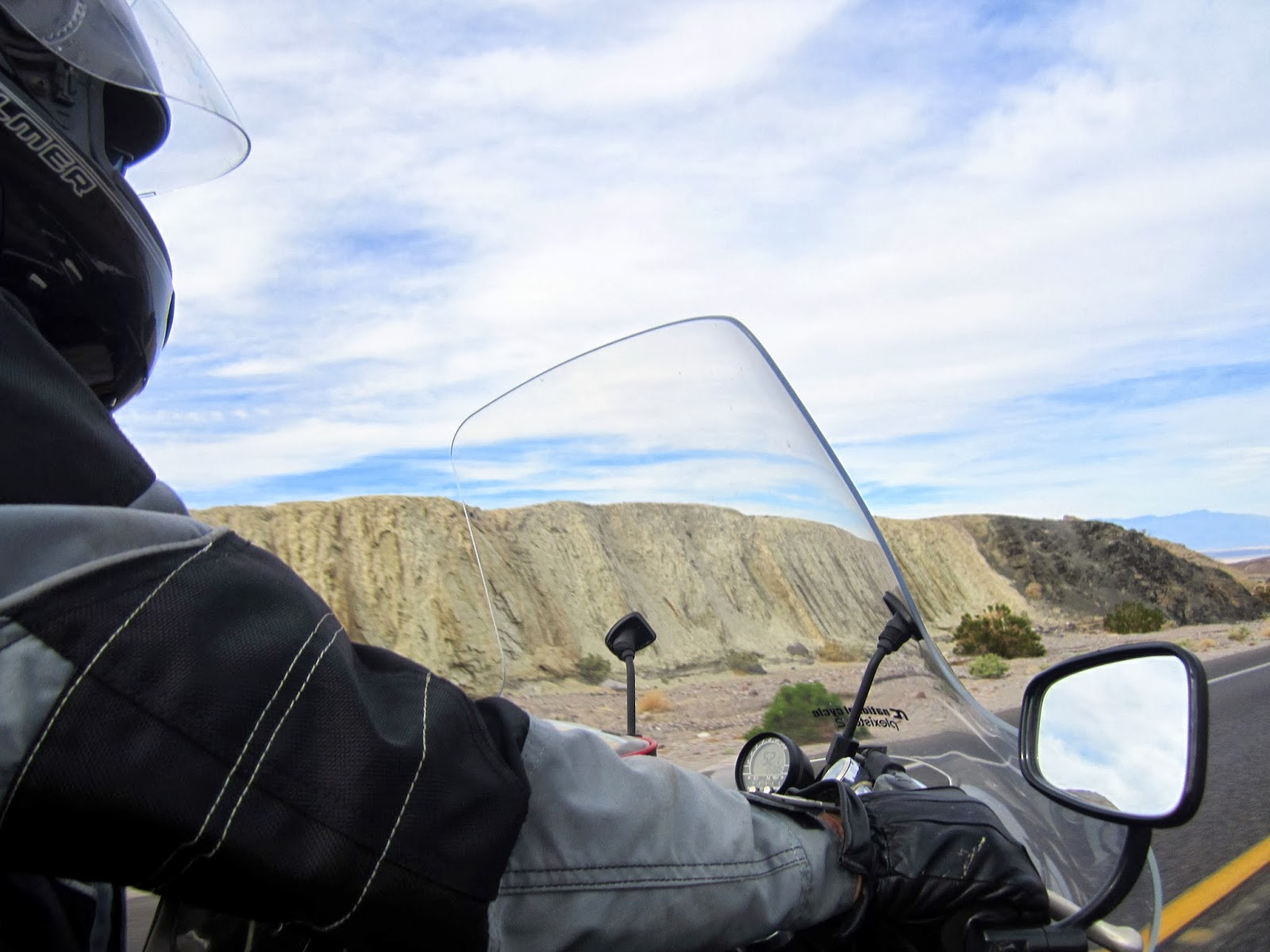 The "Inn at Furnace Creek" boasts rooms for hundreds of dollars if you can get one....I've never tried. Even the tiny "cheap" rooms at Furnace Creek run over $200.00 per night.....crazy. 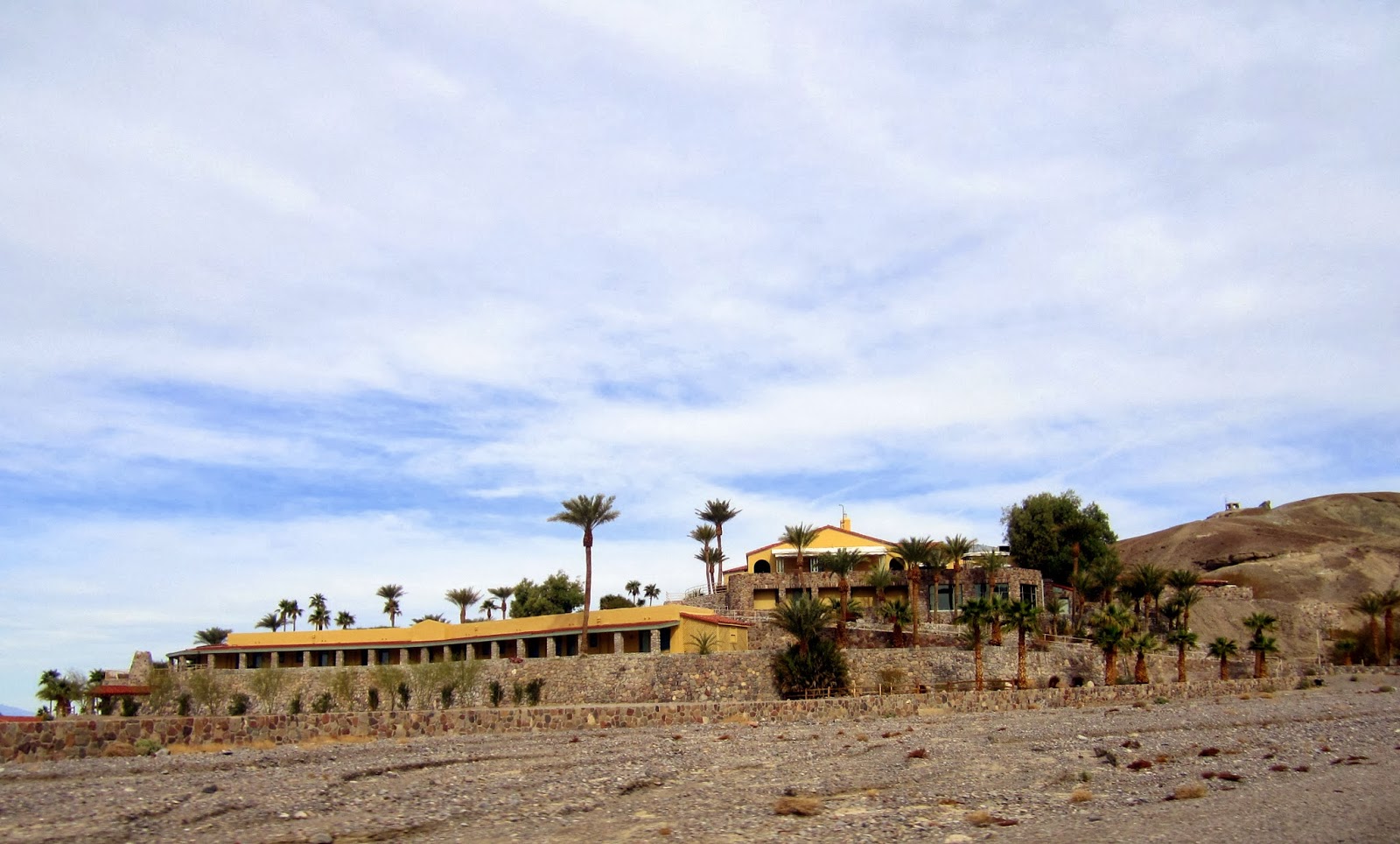 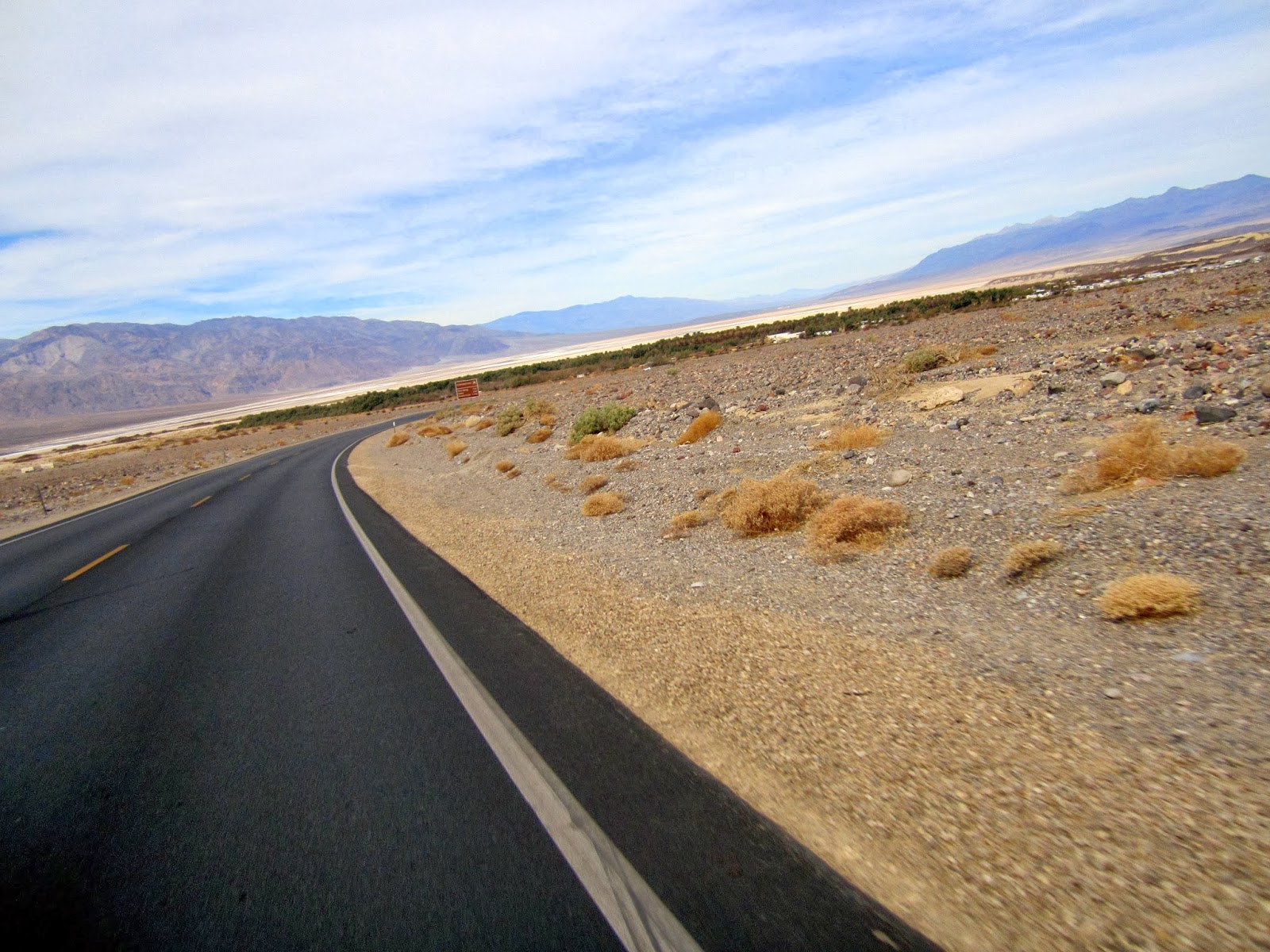 Arriving fairly early allowed us a choice camping spot with a table. Soon other aquantances began showing up and it was like "old home" week with friends all around. The hard sided cooler from the trailer was nice to have. 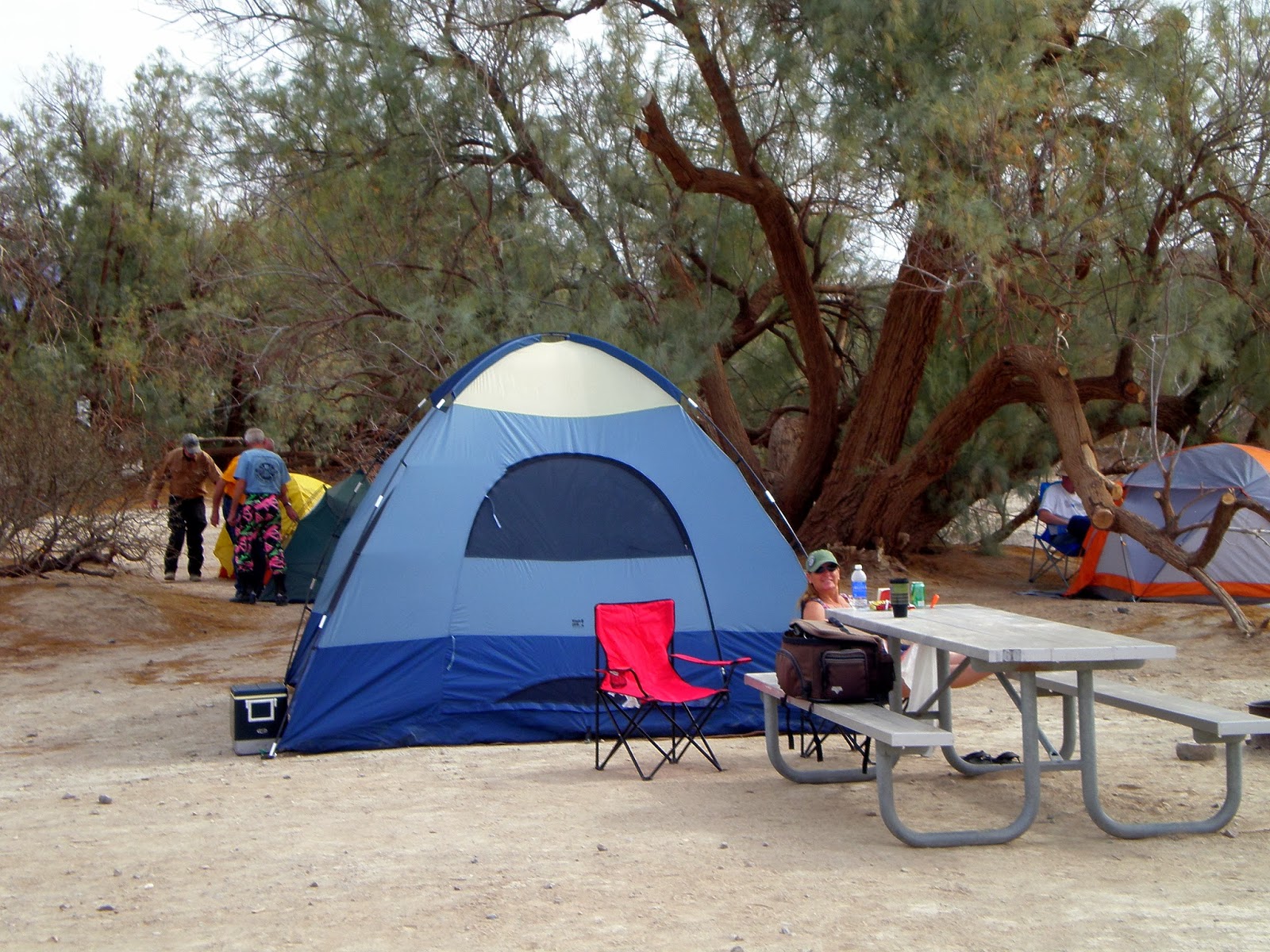 "Check In" also had t-shirts and other "Airhead" goods for sale. 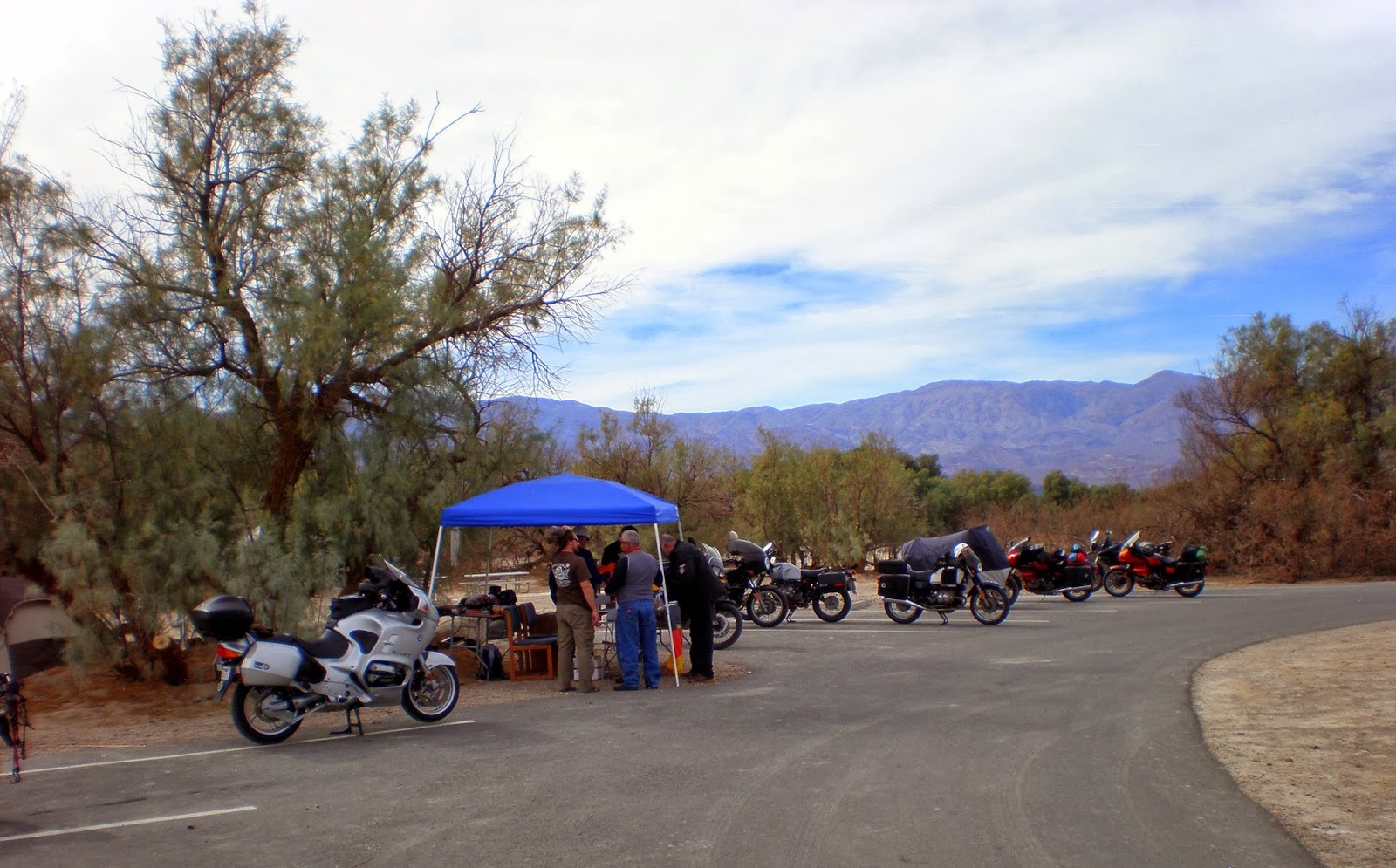 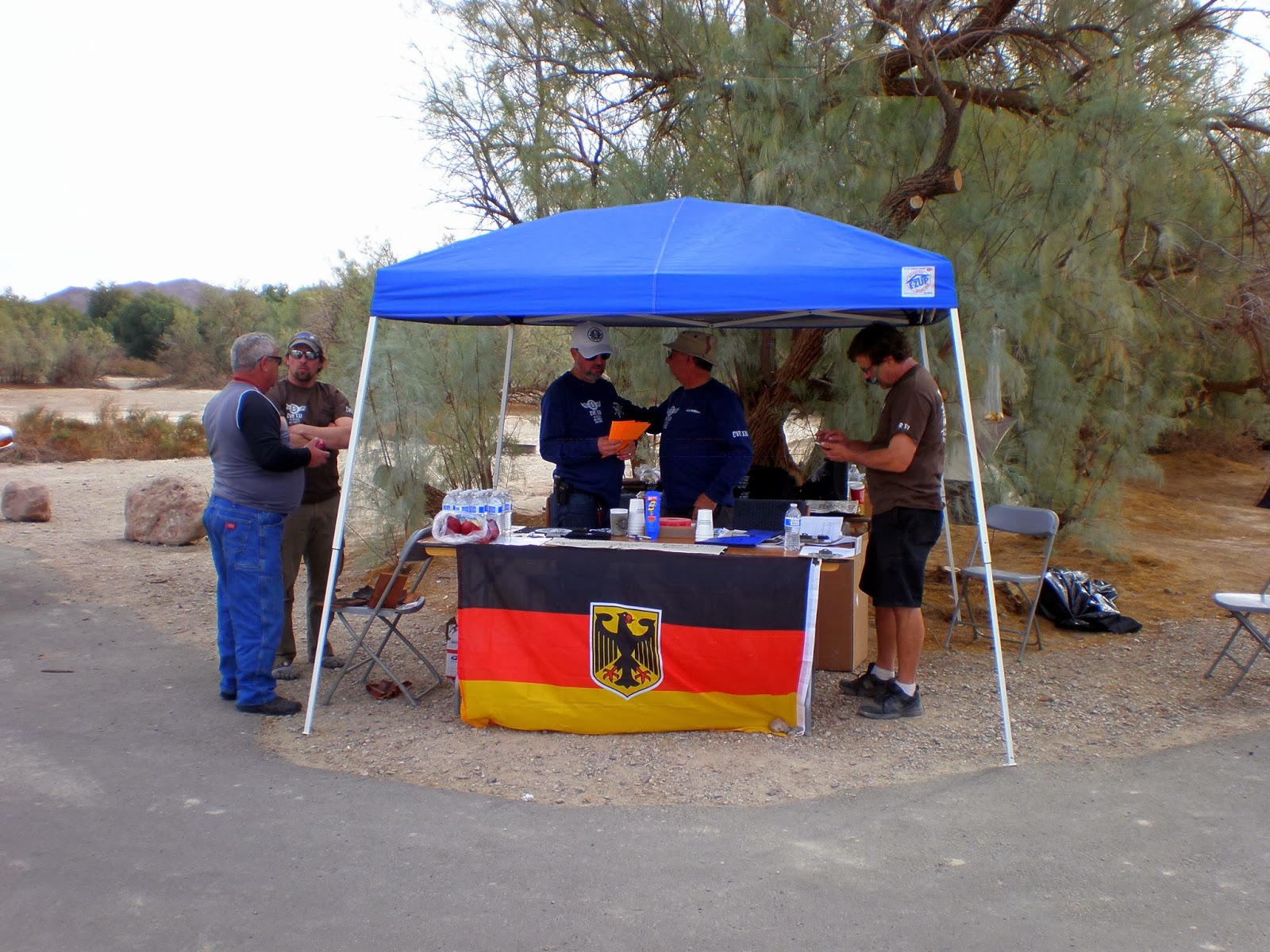 Someone trailered in a "rat" built BMW hard tail just for fun.
I have access to a few frames so maybe I'll slap together a "beater" one of these days. I have a spare engine, transmissions, final drives, etc.....on second thought...probably not.... 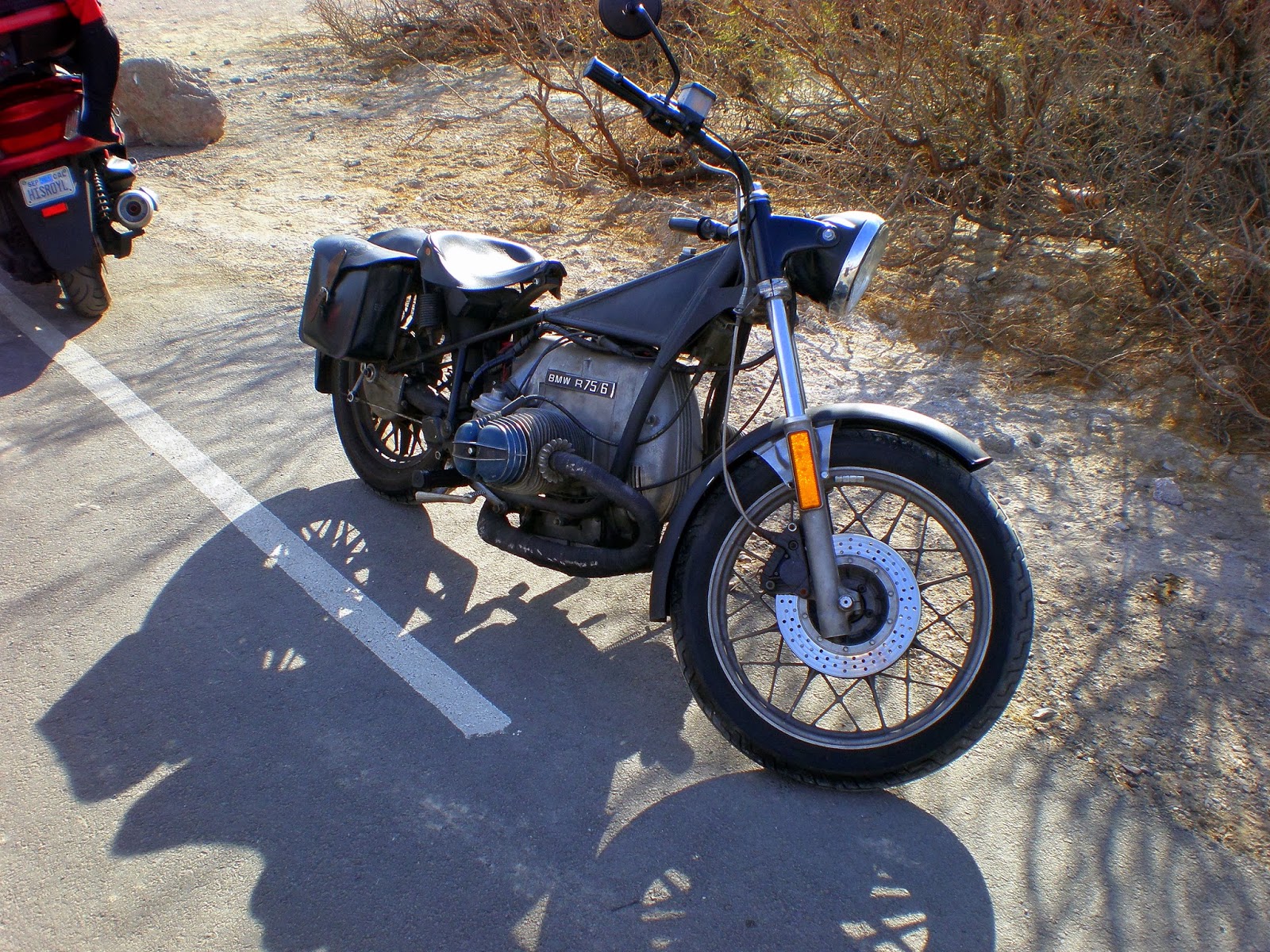 This guy got tangled up with something on the road and tore off his cross over pipe and front turn signal. Lucky as it could have been much worse. He thought it was a piece of pipe or "something". His story was a bit sketchy...?...I am thinking maybe he hit a reflector along the road shoulder, but details weren't offered. 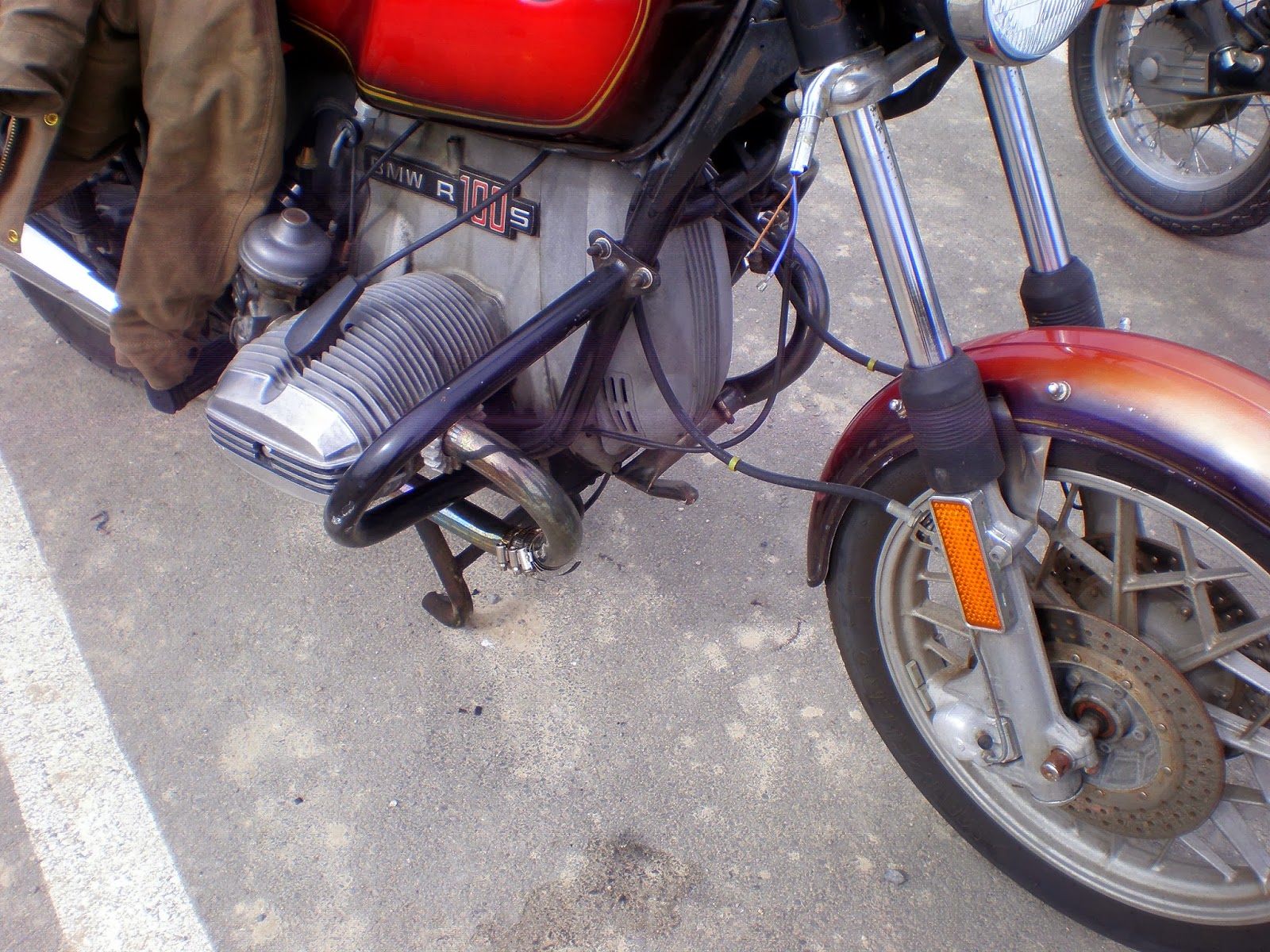 A nice old conversion "trailer queen" with a later model drive train. Hauled in via pickup / trailer. Very tastefully done, but apparantly not ridden much, unless he cleans it constantly. 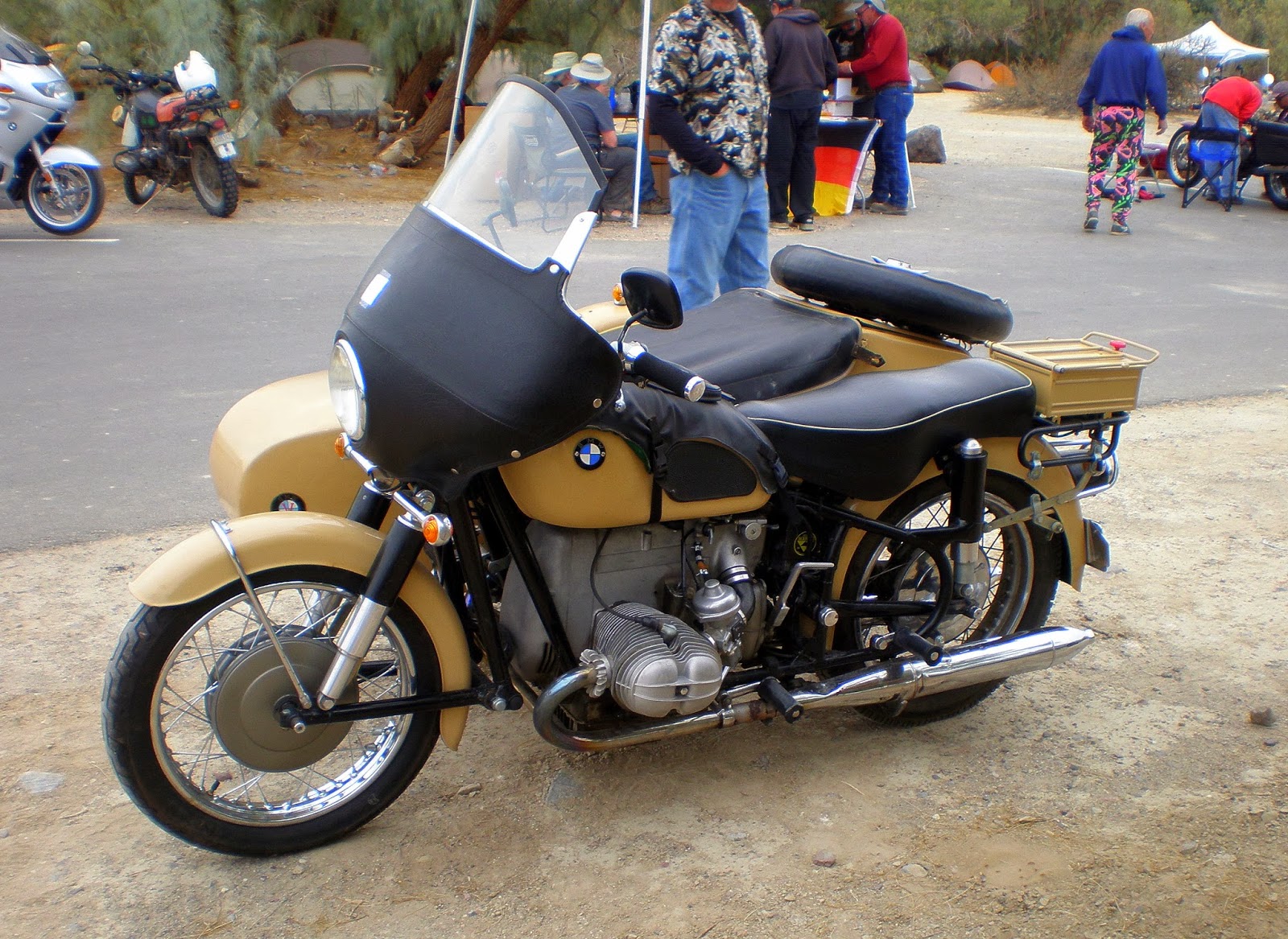 A couple old vintage singles about too. Both were very nice correct restorations. 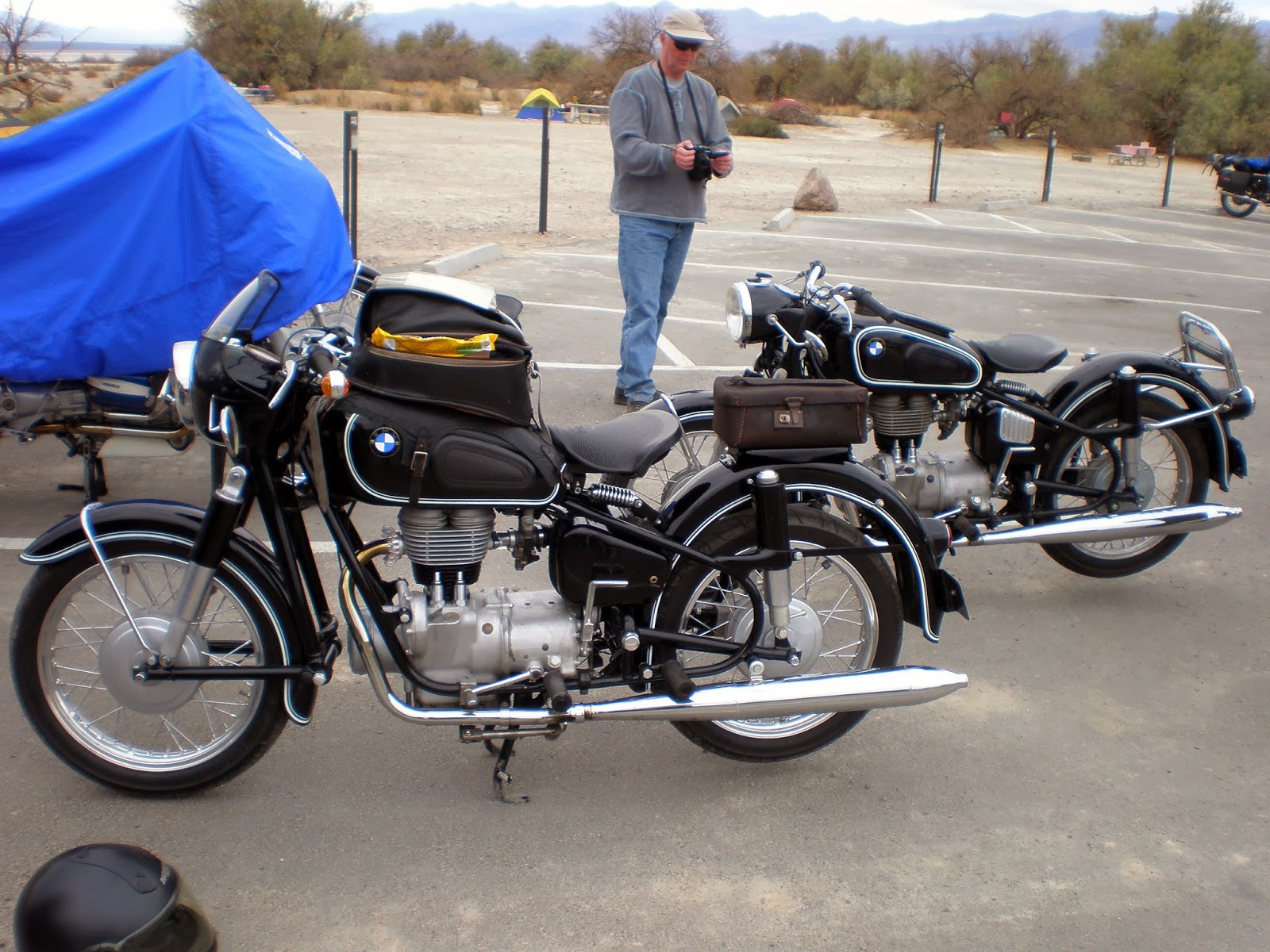 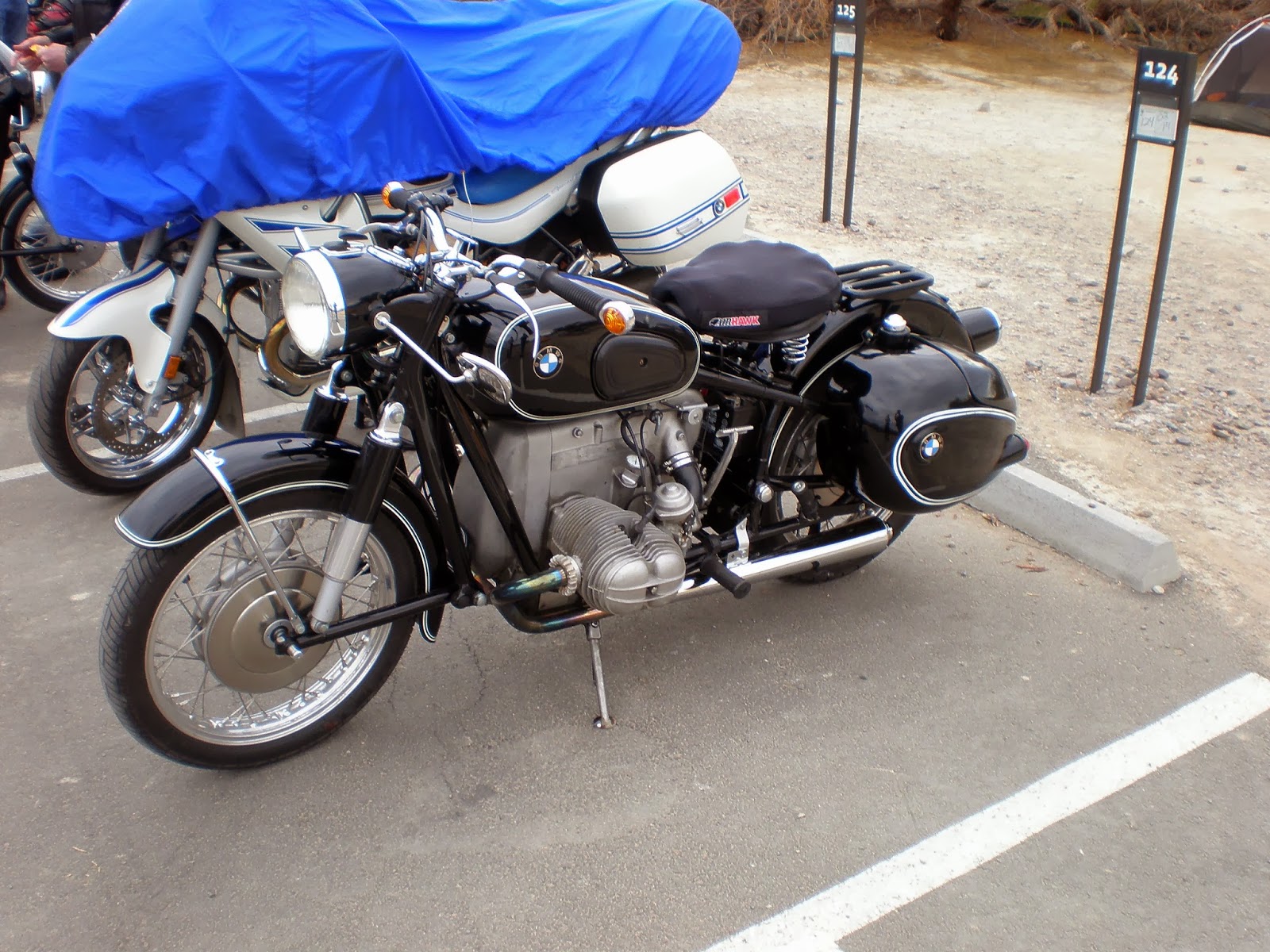 The typical morning "chair pile" which happens every year at Agua Caliente during New Years....the same "gremlins" must be about? 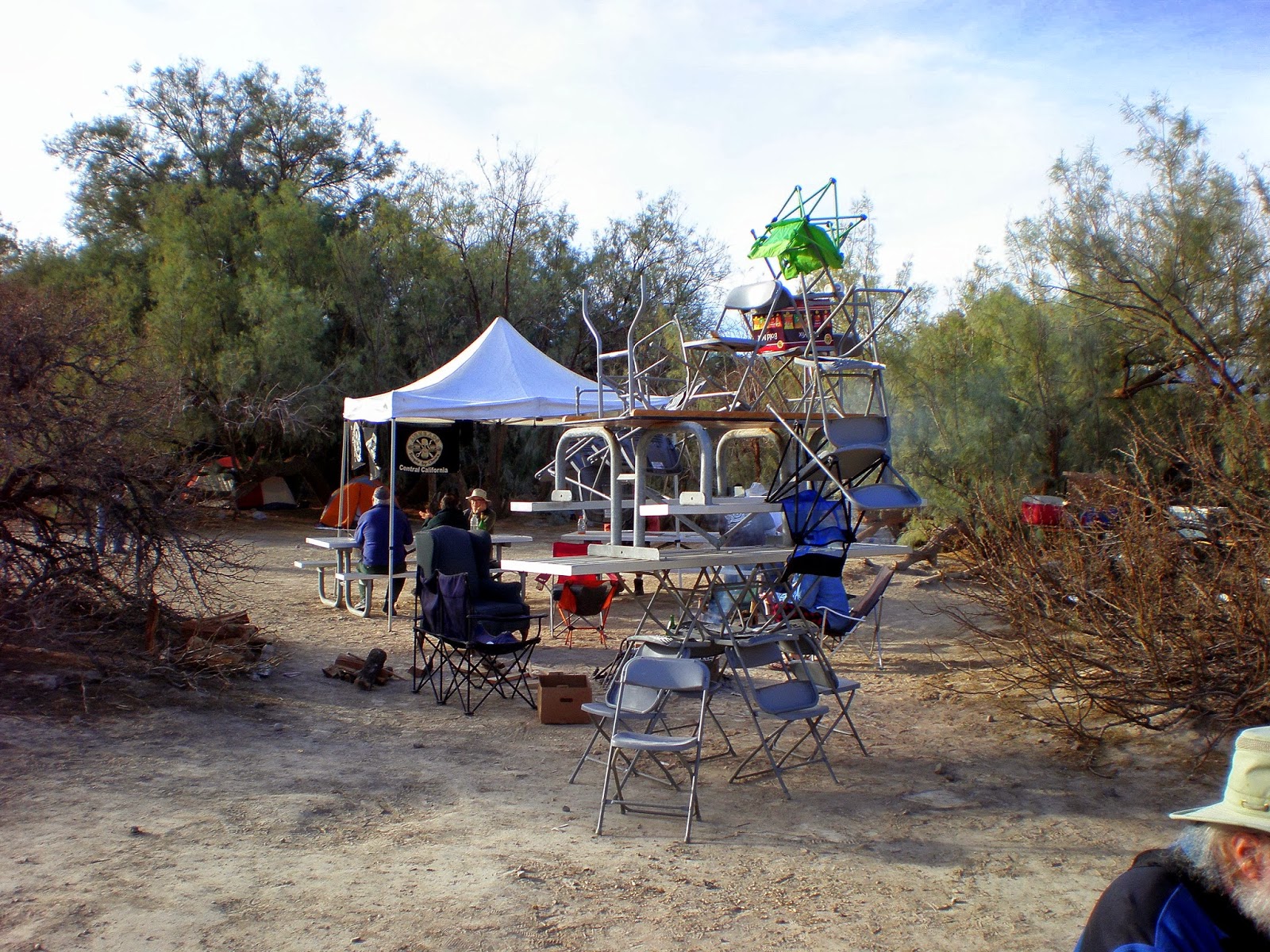 Pool side at the showers. Great view of the snow capped mountains in the distance. Temperature at the pool was well into the upper 80's. Had to take a quick swim. 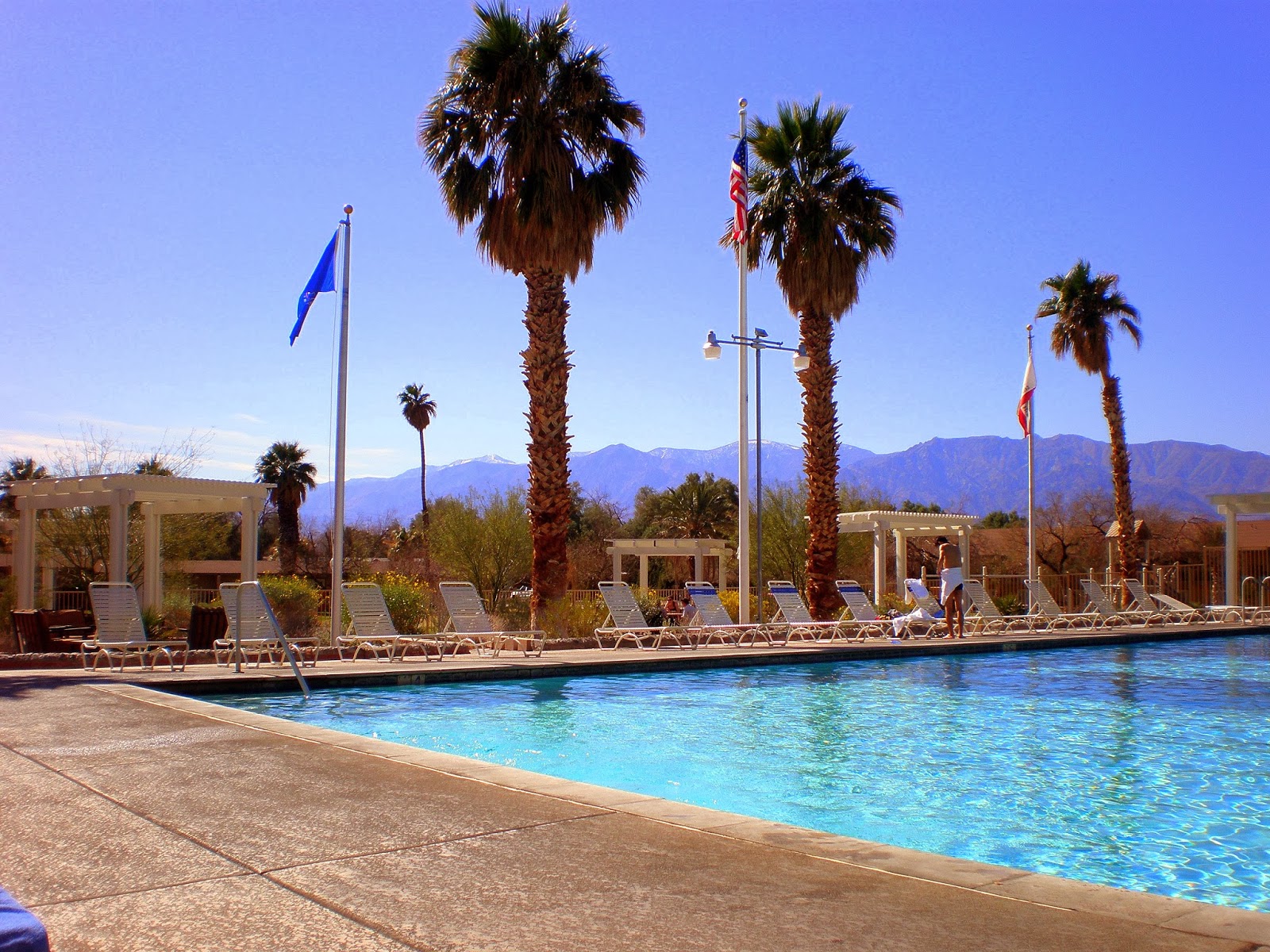 We spent 3 nights at the Furnace Creek camp ground. Planned on traveling with some other folks over to the Panamint Valley but Darian (my Wife) had a medical issue (kidney stones) while we were there. She had a couple of very rough days and more extended camping wasn't sounding very inviting. She's a tough cookie and "soldiered through" the episode.
Posted by BMW HACKER at 10:01 PM

Looks like a nice get together and I like the photos of some of the other airheads. I'm hoping that your wife had the appropriate meds along to deal with the pain. I've had similar problems when riding in hot conditions. It's challenging to stay hydrated.

Thanks fore the write up. I read about these events in Airmail and one of these days I'll make it to one.

Thanks for the pics, that fairing on the Beemer with a sidecar looked interesting, I don't suppose you saw any brand/trademark on it?

The “Death Valley” sounds like a treacherous road to travel in. I know you are always thrilled to “drop” into its junction, and so I hope you’ll always manage to pass safely. And it's great that you seem to be following the right precautions on all your journey. Btw, those are really cool rides! Take care!